Home
Big government
Paul Krugman: ‘We Are Kind of an Authoritarian Surveillance State’

Liberal economist and leading modern Keynesian, Paul Krugman of The New York Times, has been one of Barack Obama’s biggest cheerleaders, but suddenly he is a bit down on the Obama administration saying that he is afraid that the country is becoming an “authoritarian surveillance state.”

With a mounting list of scandals from government-sponsored intimidation of the President’s political enemies, to surveillance of reporters, to a growing list of communications companies allowing government intelligence agencies access to all of our personal phone calls, Internet searches, and text messages, this must be a confusing time for the President’s most ardent supporters. Krugman’s reaction here is an example of that turning of the head.

For Krugman, with latest news about the massive collection of data on everyday Americans he sees the United States of America drifting toward authoritarianism.

Newsbusters has the transcript.

GEORGE STEPHANOPOULOS, HOST: So George, we got both sides of the debate pretty well in that first half hour. Where do you come down on this?

GEORGE WILL: We are threatened by needles in a haystack–very few needles and a very large haystack. Really a seven billion world population. We’re threatened not by a nation but by a network. It is the nature of a terrorist network to be invisible until made visible. Hence when there’s an attack we talk about who didn’t connect the dots. In the data that they are gathering, the dots are, with sophisticated algorithms they try to reveal the dots and reveal the network.

Before they can act on this there are two levels of judicial supervision. They need the Foreign Intelligence Surveillance court to authorize looking at the pattern of usage of phones and Internet. And then another judicial review to look at messages, the content of what they’re doing. Now, this is the case “for.” The problem is we’re using technologies of information gathering that didn’t exist 20 years ago, that are terribly important but terribly invasive, and they require reposing extraordinary trust in the executive branch of government which some of us think it has recently forfeited.

PAUL KRUGMAN, NEW YORK TIMES: There was a really good article written five years ago by Jack Balkin at the Yale law school. He said that technology means that we’re going to be living in a surveillance state.

STEPHANOPOULOS: No Matter What. 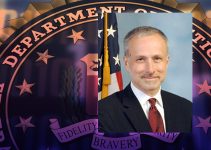