War is a terrible thing.  Even when it is just and properly executed, war means death and destruction.  Worse, many brilliant and experienced warriors have observed that wars never follow the original plan.  Worse still, the politicians who plan and begin wars, and who are responsible for explaining the reasons and need for support to the people, are generally lacking in both comprehension and fortitude in their duty.  This is not to say that wars should be rubber-stamped for approval, but once the decision is made to enter war, it must be seen through or else the cost will be much worse and the results disastrous.  This is the lesson from history.

Jihadism comes from Islam, but does not represent the whole of Islam.  I don’t say this to excuse the apathy most Muslims display when asked about Jihadists (indeed, most Muslims should condemn Jihadism on moral and religious grounds, since the greatest number of Jihad victims always come from Muslims murdered and tormented by these monsters).  Rather, it should be understood Jihadists have popped up like snakes from the ground several times in history.  Muslim extremists created the Hashashin, the men trained and drugged to believe that Allah would reward them for murdering selected political targets.  Jihadists warred against India as early as the 14th Century, specifically for refusing to convert to Islam (the Jihadist leader Tamerlane was particularly infamous for public torture and murder of Hindus).   In the 15th Century, Jihadists led a mob in Fes (Morrocco) which murdered thousands of Jews in a wave of unprovoked killing.  Jihadists took over Afghanistan in the 18th Century by fighting a bloody war with the Hindu majority in 1761.  The Barbary pirates were Jihadists intent on destabilizing regional governments and plundering trade vessels (the U.S. response led to the creation of the U.S. Marine Corps).  Jihadists in the Sudan killed British citizens and reinstituted Slavery in the 19th Century.  Also in the 19th Century, Jihadists invaded and claimed the cities of Kabala and Najaf, slaughtering thousands of Muslims in the process.  These are by no means the only examples of a long, bloody history of fanatical mass killing,.

As stated in the last post, Jihadists are created and supported to destabilize target governments, but do not, as a rule, gain nominal authority themselves.  When terrorists do gain political power, they end up eschewing terrorism officially, and often there are efforts to wipe out the remaining members of operational cells as well, to prevent embarrassments to the new regime.  This is not surprising, if you consider that the nature of Jihadists is chaos, which is never useful to stability.  By definition, then, all  Jihadist groups exist for either foreign applications, or for limited duration.   Jihadist leaders, as well, are often victims of purges because if they become popular or influential, they can destabilize the regimes of their own patrons.  This is just one reason why old groups fade from view (Islamic Jihad, for example) and new groups show up with new faces.  This is also why Jihadists are not overly dismayed when leaders are captured or killed; a martyr often serves their purposes better than someone building their own sect.   In terms of grand strategy, Jihadism has lacked specific long-term goals, focusing on removal of targets and enemies.  It is for this reason that terrorism has caused more death, suffering and damage to Islamic nations than to non-Islamic nations.

The Salafi brand of Jihadism seeks to evolve terrorism into a more constructive goal; creation of the Islamist super-state, to reinstate the Caliphate.  This goal, however, is still very much in its infancy, because before 1995 terrorism depended on splinter sects for its recruiting and organization.  One suggested reason for the name of Al Qaeda (‘The Base’ or ‘Foundation’ in Arabic), was to build a global Islamic organization with Sunni leadership and direction, to claim broad general support in Islam for restoration of the Caliphate.  This is also consistent with Jihadist strategic thought, which incorporates three stages:  Da’wah, Hijrah, and Medina.  The Da’wah stage establishes Jihad leadership, the Hijrah stage recruits members and creates action cells, and the Medina stage focuses on creation of the Caliphate.  Within that grand strategy, the same thinking applies to operational planning.  At that level the Da’wah stage establishes cell leadership, the Hijrah stage deploys cells to the targets, and the Medina stage activates the mission.

These rules not only shift terrorist ideology from a regional perspective to a global perspective, the ruthless violence against all dissent allows Salafis to enjoy disproportionate influence in terrorist activities.  It should be worth noting at this point, that Salafis do not cooperate with either the Muslim Brotherhood (whom they regard as too moderate and likely to give up the Jihad) or Shiites (meaning they do not trust the governments of Iran or Syria, which they consider apostate).   Salafis represent less than one percent of all Muslims, but they are well-organized, tight-knit (forget about infiltration), and well funded.

Regarding the United States, the U.S. has four general pillars of Grand Strategy:

While methods and tactics have differed, these values have been supported by both major political parties for more than eight decades now.  With regard to the Jihadists, the pillars may be described as follows:

Unspoken on the surface, but a very real aspect of the implementation of U.S. policy in the Middle East, is the Avenging Angel tactic.  During the Bush Administration, this was most often represented by the teams hunting down Al Qaeda leadership, while the Obama Administration has preferred Special Forces in the military, most notably the SEAL teams.  Each method has seen advantages and costs, but both were chosen by professionals as the best option for the extant conditions.  More on this in a little while.

The careful reader may note a key flaw in the Salafi strategy – the lack of a comprehensive grand strategy.  Sure, they want a Caliphate, but there is no clear means to attaining goal.  Worse for the Salafis, each group leader considers himself an Amir, but in most situations there is no simple means to choose an overall leader.  Bin Laden tried to sort that out by creating Al Qaeda, which posited a clear hierarchy, but Bush answered effectively by using his Avenging Angels to take out leadership at every opportunity.  Obama is doing the same thing but is pursuing figureheads and logistics experts, where Bush focused on financial and training providers.  The lesson learned by the Jihadists is to have leadership identified only at local levels, but by definition this works against their long-term goals.

The Salafis have also seen their assumptions collapse in the Middle East.  This should not really be surprising, since the Middle East itself has rarely enjoyed stability since the fall of the Ottoman Empire at the end of World War I.  Dissidents have been common since the boundary lines were first drawn, and over the years the matter has simply become more contentious.  And, as noted above, violence from Muslims has been around for as long as Islam has been around.  Jihadists end up working against their own interests, by attacking Muslims even more often than non-Muslims.  The Salafis hope to correct this by striking global targets outside Dar Al-Islam, but their rejection of Shiites and other radical Muslims damages their ability to build a long-term consensus.

The chief mistake of the Bush strategy was not in attacking Afghanistan and Iraq, but in staying too long, giving Jihadists a focus for cooperation.  His greatest success was in destroying network cohesion and the supply chain for Jihadists, especially the Salafis.  President Obama, conversely, erred badly in not confirming permanent support for US interests in the region, and in displaying apparent confusion in response to Jihadist attacks.   The Obama strategy should be to demonstrate resolve to protect Americans and US interests, to keep US forces mobile and emphasize command and control by Afghan and Iraqi defense forces, while focusing on regional stability.  Regimes in Iran, Egypt and Lebanon, while not aligned with the United States, will find value in suppressing Jihadists.   Insurgents may not be completely eliminated, but destruction of both finance and logistics chains will prevent major attacks and allow the regional governments the chance to control the threat.

Follow-up steps by the United States should be clear advocacy of regional governments which respect individual rights.  While this clashes directly with radical Islamists demands for uniform application of Sharia, the majority of Muslims may be expected to support authority which does not represent either capitulation to American dominance or to radical dissidents, who in any case are a small minority.

The trump card for the United States, however, remains its ability to strike anyone, anywhere.  This does not condone escalation of drone strikes, because the U.S. must avoid civilian casualties, but effective use of air and information supremacy assets has produced notable strategic advantages.  The well-deserved reputation of US covert forces to take out high-value targets regardless of defenses gives the US an ‘Avenging Angel’ trump card which, simply by existing, forces enemies to change operational methods, communications, and logistics.   These agents appear superhuman in their ability to know what the enemy is planning and to thwart operations in early stages.  This ability comes through the combined effort of US interagency communication, an example of which follows:

The NSA tracks electronic communication and determines the subject is high-value.  The FBI Financial Crimes unit (FIFU) works with banks and similar institutions to interdict financial support.  The NRO creates a virtual profile showing home, work and travel locations for the subject.  ISA begins formation of the supplies needed for direct action teams, while the CIA works up a threat profile for executive review.  The State Department is briefed and policy impact is discussed.  JSOC creates an action team while executive review decides on a course of action.  From discovery to action decision, the timeline may be as little as six hours, in the case of a previously unknown subject.  Once a profile is in place, action may be deferred until optimal conditions are reached, trigger events occur, or a threat warning changes the paradigm.  A daedelus condition may be maintained.

This example is not a static template; a range of options exists depending on the urgency of the condition and the value of the target.  The example demonstrates, however, the ability of the US to bring multiple resources to bear on a target, to do so quickly, and to do so virtually anywhere.  This ability is significant not only in individual cases, but also makes reduction of military force possible without loss of credibility.  Further, integrated operations between such agencies is infeasible in Middle Eastern countries and is difficult for rival powers in China or Russia to duplicate for political reasons.  I’m not talking just about the ability to assassinate or apprehend a target, but also the ability to disable financial and supply chains, disrupt operations, find and destroy data, or otherwise prevent undesired behavior by enemies.  The strategic value of this ability is commonly undervalued by orders of magnitude, in part because non-American agencies are reluctant to admit their limits in this regard.  That is, any professional intelligence group is able to kill people or steal information, but the ability to take strategic action without leaving evidence of the action, or to do so in a manner which denies enemies the ability to retaliate, is competence of a completely higher order.  When this ability is employed by an agency operating for the common good, such as removing threats to the general population or debilitating the ability of a rogue regime to attack neighboring countries, the added moral value magnifies the credibility of that agency. 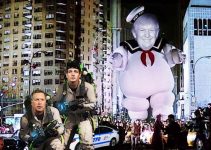