As the Benghazi hearings begin anew on Capitol Hill on Wednesday, it is worth remembering that Dave Weigel of Slate.com, the former Journolist member who delights in attempting to debunk conservative narratives, declared in December that Republican suspicions of a Benghazi cover-up by the Obama administration were “pure fiction.”

Weigel cited the report on the Benghazi debacle issued by the State Department’s Accountability Review Board to argue that conservatives and Republicans are barking up the wrong tree with questions on the murder of Ambassador Christopher Stevens and three other Americans during the attacks on September 11, 2012.

Certainly Weigel is right to note that the State Dept. report doesn’t exactly jibe with many of the reports made during the early hours and days after the attacks by “conservative media, especially,” as Weigel puts it. It would be a minor miracle if they had, after all. Rarely do early reports of any conflagration fit the final facts.

And since Weigel drew his premature conclusions, the Accountability Review Board has itself come under review, partly, according to Fox News, for apparently failing to interview key witnesses to the attack.

As Weigel tried to correct some of the misconceptions he says that conservative media promulgated about the attacks, he arrived at the conclusion that the State Department’s report “doesn’t suggest a real-time campaign of cowardice” and “doesn’t suggest a cover-up, either.”

But Weigel conveniently ignored the central points in the whole story.

Where was the President? And why were the Secretaries of State and Defense seemingly incommunicado during the whole affair? Worse, why did the entirety of the Obama administration immediately cling to a false story that the attacks were initiated by some silly Youtube video?

What is that, if not a cover-up of what really happened?

For one thing, we’ve still not been told what President Obama was doing when ttacks in Cairo and Benghazi were being launched against our embassies on that anniversary of the September 11, 2001 attacks on our homeland. We’ve been told that Obama made no calls to anyone that night. So, just what was he doing?

The White House has claimed that Obama had been updated on the attacks earlier in the day, but testimony has since revealed that he did not speak with Defense Secretary Leon Panetta, Joint Chiefs of Staff Chairman General Martin E. Dempsey, or Secretary of State Hillary Rodham Clinton as the attacks continued to unfold.

Americans have also learned that none of the other principals were in contact with each other that day, either. Apparently neither Panetta, nor Clinton, nor Dempsey called each other or took any hand in the response to the situation.

Contrast that to the high degree of coordination on the editing of talking points about the attack to remove evidence of Islamist or jihadist involvement–a process in which the State Department evidently played a key role.

Finally, we’ve still never been told why Ambassador Stevens was even in Benghazi in the first place.

There most certainly has been a cover-up about Benghazi. Unfortunately, few journalists seem interested in asking the right questions. 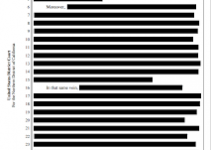