In some of its reports on Saturday night’s White House Correspondents Dinner (WHCD), the Associated Press chose to edit one of President Obama’s own gags. The AP strangely edited out the word “Muslim” in one of Obama’s self-referential jokes.

Early in his comments on April 26, President Obama made reference to his young life with a joke and a visual image projected on the video screen.

President Obama then said, “These days I look in the mirror and have to admit, I’m not the strapping young Muslim Socialist that I used to be. Time passes, you get a little gray.”

This joke must have been too insensitive for the AP in some of its reports, however.

In one version of the night’s story (as seen at Huffington Post, Time Magazine, Breitbart Wires, the Ottawa Citizen, and The Columbian to name a few), the AP’s Bradley Klapper made a little edit to the President’s joke.

“I’m not the strapping young Socialist that I used to be,” the president remarked, and then recounted his recent 2-for-22 basketball shooting performance at the White House Easter Egg hunt.

What happened to the word “Muslim”? Apparently it was all too much for the AP.

Interestingly, in other versions of Klapper’s story the word Muslim does appear. 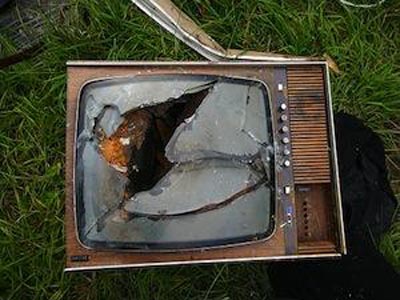