In 1972, Great Britain essentially ceded its role in the Middle East to the United States.  The move was one of political expedience, as the UK’s leaders hoped to cut their costs supporting long-time allies by passing the duty off to America.  The thinking was that the U.S. was already committed on a global scale because of its many alliances and international commitments at economic, military, and diplomatic levels.  Also, in 1972 the United States enjoyed strong approval by most Mid-East nations, specifically because the United States had never broken a promise to an ally in the region, and had never held colonies there.  However, the move radically altered the world power structure, as the Middle East has always served as a fulcrum for regional domination in Europe, Africa and Asia.  The Soviet Union could not afford an American-dominated Middle East, as this would  make Soviet domination of Eurasia impossible.  Therefore, while careful to avoid direct military confrontation in the Middle East, the USSR continued its proxy strategy by supporting client states in Iraq, Afghanistan and Yemen (among others) and creating disruption in US client states like Egypt, Iran and Jordan.  The Soviets’ efforts were often ham-handed, but they gave inspiration to other nascent groups seeking to gain power through asymmetrical conflict, such as the Muslim Brotherhood in Egypt and (ironically) the Baathists in Iraq.

The United States intelligence community was aware of the Soviet actions, but could not generally oppose them in like fashion.  Also, with the US global focus on Asia at that time (the Vietnam conflict and building the China buffer especially),  the US felt that the Soviet actions in the Middle East were strategically disruptive but not an imminent threat, a decision proven wrong by the events in Iran at the end of the decade.

The combination of the Shiite revolution in Iran and the Soviet debacle in Afghanistan led to an explosion of radical movements in the Middle East, especially those which used terrorism.  This was because government efforts, whether regional or global, had failed to wipe out such groups, because such groups could act with little logistical support and because such groups appeared to gain credibility in short time.  These groups early on fell into three types:

The secular groups were seen as direct threats by most governments, yet also had some of the least public support, so most of these were eradicated quickly.  The nationalist groups were more successful, but could not continue in strength once their main objective was gained.   The third group learned from the first two, and   made sure their membership was spread out across several nations, that they did not directly oppose any host government in their actions, and that patronage was built through extant political, financial, and religious structures.   Terrorism therefore evolved from the fairly primitive PLO and Fatah, to Islamic Jihad and Hamas, to more elaborate constructions.

U.S. Grand Strategy was not well-considered for most its history.  Until FDR’s election, U.S. Presidents were disinclined to think in global terms, preferring to avoid fights if possible and raise forces as needed.  Roosevelt agreed with Churchill even before Winston was Prime Minister that the Nazis represented a grave threat to the free world, and also that the Fascists in Japan were a threat to the Pacific region.  But even Roosevelt could not prepare U.S. forces for the war in advance, a lesson not lost on later Presidents so far as Europe and Asia were concerned.  But while Harry Truman supported the nation of Israel in part to stabilize the Middle East, and Eisenhower cultivated the Saudis to give the US a key Arab ally, no formal grand strategy for the U.S. included a Middle East plan.  Aside from standing by allies and opposing the Soviets, the rest was ad hoc.

After the Soviets withdrew from Afghanistan, humbled by their defeat, and with the U.S. stinging not only from the loss of Iran to Shiite extremist revolutionaries, Islamist groups had reason to believe their strategy was succeeding.  Lost in the noise for most people was the fact that the terrorists made up a very small portion of Muslims – Shiites, Wahhabists and the newly arrived Salafis.  With Soviet sponsors removed, terrorism became a domestic product and internal sponsors directed the flavor and character of the movements.

The U.S. also gained from the events, as sponsorship of the Afghan mujahadeen demonstrated that indirect support could achieve strategic results.  While the Islamists made effective use of asymmetric warfare, the U.S. was discovering that unconventional warfare could be more effective for them than nominal doctrine.

Next – The Gulf War 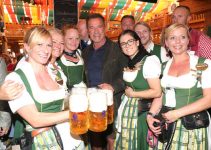 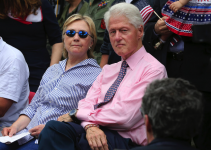