More condemnation for the vacation trip to Cuba indulged by rapper Jay Z and gal-pal singer Beyonce, this time from Hollywood director Phil Lord–himself the son of a Cuban refugee. Lord thinks that the entertainers were “dupes” of the oppressive Cuban military, that they “don’t care” about the political gulags Cuban dictator Castro built, that they essentially mocked the thousands of Cubans that have been imprisoned and lost their lives in those prisons, and says the pair represent little else but “nihilism with a beat.”

Beyonce and Jay Z celebrated their fifth wedding anniversary in Havana, Cuba, apparently with the blessing of Barack Obama’s administration quite despite that the U.S. still has an official prohibition against Americans visiting the Island nation turned political prison.

Lord told the media that at first he thought that Jay Z and Beyonce just weren’t aware of the oppression of Cuban people. He gave them the benefit of the doubt that they just weren’t aware of the many artists that had been imprisoned and their art banned. But after Jay Z released his song that taunted people opposing Cuba, Lord realized that Shawn Corey “Jay Z” Carter knew exactly what he was doing that that made it all the worse.

The director of such films as 21 Jump Street and Cloudy With a Chance of Meatballs is not alone in his condemnation of the Island hopping Carters. AJ Delgado also slammed Jay Z for the trip saying, “Beyoncé and Jay-Z not only legitimize and support the repressive regime, with both their presence and their cash, but turn a blind eye, cruelly, to the perils and languishing of the Cuban people.”

Delgado went on with a list of Cuban human rights activists that dictator Fidel Castro has thrown in jail.

Lord wasn’t going to just sit around and complain, either. He did something unusual for a denizen of Hollywood. He quite publicly put his time and name to an open letter to the Carters excoriating them for their callousness.

An Open Letter to Jay-Z

I just heard your new track, “Open Letter,” released today. It’s got everything I love about your music: looping internal rhymes, an infectious beat, and imagery that draws me into a kind of swaggering, defiant fantasy.

Speaking of defiant fantasies, I’ve been following news of your recent trip to the island nation of Cuba. As the son of a Cuban refugee, and cousin and nephew to many Cubans on the island, I cringe when Americans visit Cuba for a fun island vacation. For one thing it’s illegal (which nobody seems to care about), but more importantly, it’s either ignorant of or calloused to the struggles of Cubans on the island. I actually encourage my friends to travel to Cuba, to bear witness to one of the great tragedies of our time, to learn about the real Cuba, to put a human face on the caricature of Americans that the Castros propagate. Exchange and travel between our two nations should be a catalyst for change, as it has been even in my own family. But for me, Cuba is not the place to have a fun, sexy, vacation. Because for Cubans on the island and living elsewhere, it’s not.

So when I heard of your visit, I thought to myself, Jay Z seems like a smart, thoughtful guy. He doesn’t realize what he’s walking into. He probably just thinks Cuba is a chic place to relax with the family. He probably just doesn’t know the things I know.

He likely doesn’t know that the Cuban tourism industry is run by the Cuban military, so when he spends money at an officially sanctioned hotel, or restaurant, he is directly funding the oppressors of the Cuban people.

He doesn’t know that most Cubans have poor access to independent news sources, the internet, books, and food.

He doesn’t know that Cuba has two health systems, one for the well-connected, and one for everyone else.

He doesn’t know that before Castro, the Cuban peso traded one-to-one with the dollar, and that since then, the Castros have raided the nation’s coffers and introduced widespread poverty to a once prosperous nation.

He doesn’t know that my ancestors fought to free Cuba from Spain, and to set up a democracy to ensure that they would always be free.

He doesn’t know that in spite of those dreams, my mother and her family fled for their lives from this regime way back in 1960, as did *two million* other Cubans.

He doesn’t know about the thousands of people executed by firing squads led by sexy t-shirt icon Che Guevara.

He doesn’t know about the dissidents, artists, and librarians that currently rot in Cuba’s prisons, and the thousands more who live in fear.

He doesn’t know about Orlando Zapata Tamayo, an Afro-Cuban dissident who died in a Cuban prison in 2010 after an 80-day hunger strike.

He doesn’t know that a U.S. Citizen, Alan Gross, is currently serving a 15-year sentence in a Cuban prison for providing phones and computers to the members of the Cuban Jewish community. He doesn’t know that all attempts by our government and private citizens to secure his release have been scoffed at.

He has likely forgotten about all those who have died in the Florida Straits, trying to float on makeshift boats to freedom.

He doesn’t know that contrary to popular understanding, Amnesty International reports that repression of dissidents in Cuba is actually on the rise.

He doesn’t know that when an international music luminary shows up in Cuba, his presence is unwittingly used as propaganda to support the regime.

He doesn’t know that artists in Cuba, with whom he was supposedly having a cultural exchange, serve under the close supervision of the government, and don’t enjoy the freedom to defiantly name check the President, call out a few senators, threaten to buy a kilo of cocaine just to spite the government, or suggest that they will follow up their purchase with a shooting spree, as rapped about in “Open Letter.”

He doesn’t know that just because our country applies a different, some say hypocritical policy to China, it doesn’t make either regime any less oppressive, or any more acceptable.

He doesn’t know that when people say “I’ve got to visit Cuba before it gets ruined,” I think to myself, “It’s already ruined. And by the way, ruined by what? freedom of speech? walls that don’t crumble? shoes? Do you mean ruin Cuba? Or ruin your fashionable vacation in Cuba?”

He doesn’t know that when I really start to think about all this, I get so mad I can’t sleep.

He doesn’t know that when he’s wearing that hat, smoking that coveted contraband cigar, he looks like a dupe.

He doesn’t know how much good he could be doing in Cuba, for Cubans, instead. Bearing witness, supporting artistic freedom, listening.

He doesn’t realize that as someone privileged to be born in a free society, one in which someone could come from nothing and become a celebrated music, sports, fashion, business and political mogul, it’s not only his good luck to be able to bring to light the needs of the less fortunate, it’s his obligation.

But then, Jay-Z, I heard your new song, and paid attention to the lyrics.

I heard you bragging about your “White House clearance.”

I heard you talk about how much you enjoy Cuban cigars.

And I heard you tell the President I voted for, “You don’t need this shit anyway, chill with me on the beach.”

You reject the responsibility to speak up for an oppressed people, even while you take up your own cause with gusto.

Then I figured it out.

You actually know all of this stuff, you just don’t care.

That’s not just being a bad citizen, or a bad neighbor.

It’s being a bad artist.

It’s Nihilism with a beat. 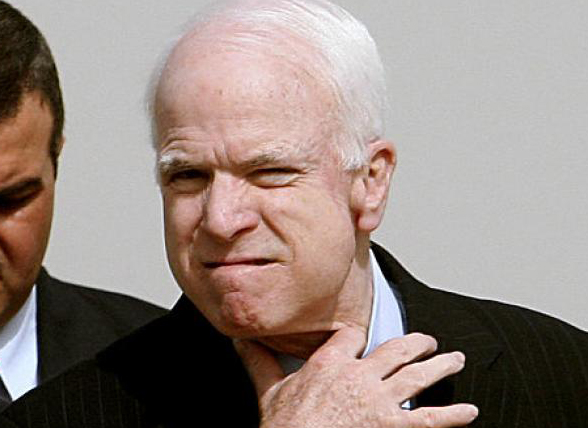