This year at the Conservative Political Action Conference (CPAC), I was fortunate enough to get some time to interview one of the most redoubtable conservative activists in the nation, Phyllis Schlafly. In this eighteen minute video you will encounter a woman that is extremely vital and at 89-years-of-age still sharp as a tack.

As is her wont, Schlafly eschewed kid gloves with her frank discussion of the GOP establishment and how those effete, east coast, country clubbers are at war with the conservative, Midwestern grassroots.

Take Schlafly’s description of “the establishment,” for instance:

Now we have the same battle again. It’s the establishment against the grassrooters. …The establishment likes a certain type of person who calls himself a moderate, will do what he’s told, vote the way he’s told, and not talk about certain issues. They don’t want him to talk about the social or the moral issues they don’t even want him to talk about the national defense issues. Which is all a terrible mistake because that’s where all the money is. In fact, it’s the breakdown of marriage that’s costing us nearly a trillion dollars a year.

On that subject, Schlafly had little good to say about Karl Rove. She feels that Rove represents the establishment and that he and they do little else but give us a stream of “constant losers.” Perhaps even on purpose.

Schlafly notes that Rove only won 9 out of 31 races his group, American Crossroads, spent their millions to get elected in 2012. “A dismal result,” Schlafly pointed out.

She faulted Rove for wasting all his millions on TV ads while Obama spent his on a “very efficiently sophisticated ground campaign.” She also said that she thinks Obama’s most successful effort was to leverage early voting to his favor.

Schlafly then decried the wide-spread voter fraud that Obama and his crew perpetrated in 2012 and continue to perpetrate in every election.

As to Mitt Romney, Schlafly proclaimed his campaign so badly run that “he couldn’t even run his own staff.” This made her ask, “so, how is he going to run the country?”

By the way, if you don’t recognize my voice, you can see my fedora on the dresser right behind the grand lady. 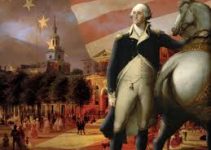