Even as President Obama ginned up fears of a government shut down because of cuts from sequestration, the federal government is still offering a myriad of high-paid internships.

A search by Fox News of the federal employment site found 84 new internships and student programs that had been posted in the last 10 days.

The U.S. Department of Agriculture warned meat producers that inspections would have to be halted due to sequestration, but even as the dept. threatens to shut down food production it is offering 12 new openings.

One Dept. of Ag opening is offering $24.16 per hour. Additionally, many of these government internships require nothing more than a middling GPA or but one year of college.

A NASA program, for instance, would offer a starting pay of $83,126 per year for doctoral candidates. And many of the jobs at NASA only require a “B” average grade, one year of college, and looking to finish a degree.

Some other high paid internships include a $31,315 to $62,678 at the The National Oceanic and Atmospheric Administration and a $61,000 at the Department of Health and Human Services.

In fact, thousands of government jobs are still going up on the jobs listings quite despite the sequester cuts. 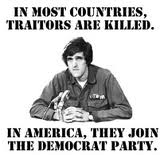