The rap on Democrats is that they fully misunderstand what the relationship should be between citizen and government. Many claim Democrats think government should be mommy and daddy to us all. Well, one New Hampshire Democrat revealed that this is exactly what she thinks.

At a Belknap County budget meeting in the first week of March, NH State Representative Ruth Gulick decided she needed to speak up during the discussion about the budget where it concerns cutting costs with county employees.

During the open discussion on the cost cutting, Gulick said that there should be fewer cuts in county employee’s pay because the county is like the employee’s parents and we wouldn’t “short our kids” would we?

I think it’s, finally we’re getting some acknowledgement of the human beings that are working at these organizations and the fact that absent this that there will be cuts in salary that are punitive and I know it’s important to keep our salaries and our tax rates down, but to me it’s sort of like raising children. We say, “I am a superb parent because he’s on an allowance and I pay for their food and clothes,” and that’s the end of the story.

We’re dealing with a much bigger thing here. We would no more sell our kids short by just dealing with finances, I don’t know why we’re not doing it here and saying these people do an important service, they make our towns a better place to live, and we’re, it’s minimal the fact that they have kids at home [unintelligible] I think this is minimal but it’s a very decent to do to recognize that they are human beings and valuable human beings…

Of course, this is absurd. The government is not just like the “parents” of government employees. In fact, quite the opposite in many ways.

After all, many government employees are unionized. That means the employees are often in the driver’s seat on determining their own working conditions and emoluments. Not many “children” have such power over their own “parents,” for sure.

The simple fact is, government is not our “parents.” If a government job becomes burdensome to the taxpayers, if that position becomes useless or unnecessary, we are under no obligation at all to coddle said employees as if they were our “children.”

But, let’s put it this way to our nanny-state, socialistic New Hampshire Representative, if these government employees are like our children, how about we fire them and cast them out of the nest so that they can go build their own lives on their own merit? How’s that for parenting?

You can see a video of Rep. Gulick’s comments at GraniteGrok.com. 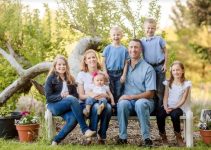