Rand Paul excited conservatives, libertarians, and even some liberals with his filibuster performance on the floor of the Senate on Wednesday. It was some 13 hours of a discussion on Obama’s desire to use drones to kill Americans here at home. Unfortunately, there were seven Republicans Senators that decided it was a better idea to eat dinner with the odious Obama instead of assisting Rand Paul. Worse, two Republicans actually denounced Paul’s efforts. All these Senators need to be gotten rid of.

The excitement from rank and file GOPers hungry for some kind of victory was tremendous. Unfortunately, two foolish GOP Senators actually denounced Rand Paul for his successful and exciting effort.

As Rusty Weiss notes, “What’s actually entering the ‘realm of the ridiculous’ Mr. McCain, is that you have been entrenched in the old school GOP so long that you are completely unable to identify a staunch defense of the very documents that you and the President of the United States have sworn to uphold … if it bit you in the ass.”

These two tin-earned idiots should have just kept their mouths shut instead of acting to belittle the one bright GOP effort we’ve seen in 10 years. These fools are not making any useful contribution with this pointless attack. They are, however, helping the left divide the GOP.

But, McLame and loonie Lindsey weren’t the only ones that damaged the cause that night. Seven more so-called Republicans decided that having a nice dinner with the odious Obama was a better idea than assisting Rand Paul with his effort to highlight Obama’s criminal intent.

These GOP Senators decided to give Obama succor instead of helping the American people:

Now, some of the above need to be targeted for elimination not via a drone strike–thank you Mr. Obama–but through a primary defeat. The exceptions are Sen. Ron Johnson, Saxby Chambliss, and Pat Toomey, left the dinner and went back to the Senate to lend Paul moral support. They deserve partial credit for that, for sure.

Just when the GP finally had at least one issue they could all rally around, these seven apostates decide to give aid to the enemy. Nice move. 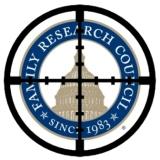