A special kind of stupid, Congresswoman Maxine Waters (D, CA) had a dire prediction for America due to sequestration claiming that 170 million jobs would be lost as a result of the policy. But according to the Bureau of Labor Statistics there are only about 140 million jobs in the whole country.

During a press conference on February 28, Waters told reporters of a visit by Federal Reserve Chairman Ben Bernanke who told members of congress that sequestration is not the optimal way to cut the federal budget.

However, according to the Bureau of Labor Statistics, Table A-9, Selected Employment Indicators, in January of 2013 there were 141,614 million jobs in the current American economy.

Using Waters’ math, the US would lose about 30 million more jobs than it had to start with.

Yesterday we did have Mr. Bernanke in our committee and he came to tell us what he’s doing with quantitative easing and that is trying to stimulate the economy with the bond purchases that he’s been doing because he’s trying to keep the interest rates low and create jobs–and he said that if sequestration takes place, that’s going to be a great setback. We don’t need to be having something like sequestration that’s going to cause these jobs losses, over 170 million jobs that could be lost–and so he made it very clear he’s not opposed to cuts but cuts must be done over a long period of time and in a very planned way rather than this blunt cutting that will be done by sequestration.

As you know in this committee we have all of HUD and HUD is responsible for so many programs that determine the quality of life for women and families. CBDG, a form of grant programs will be cut by $153 million dollars. These are grants to cities that help with women and children and low-income programs.

We also will cut the Home Program by $52 million if sequestration takes place, Native American Housing grants by $34 million, House and Choice grants $113 million, Public Housing–mostly single women in Public Housing–another $304 million, and homelessness, everybody claims to be concerned about homelessness and the growing number of women and children who are out their homeless but look they will take a $99 million dollar hit and on and on and on.

Atheists Targeting Republican Politicians
Where are the government employee unions? 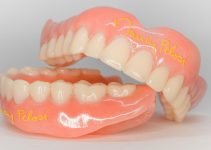