Ahead of the President’s State of the Union speech, taxpayer funded National Public Radio (NPR) tried to help the White House push the false notion that the sequestration budget cut policy was conceived by the Republicans. In truth, it was initiated by Obama and pushed by the Democrat Party.

In order to advertise its coverage, NPR tweeted that sequestration was a “Republican invention.”

“Though A Republican Invention, Obama Could Get Blamed For Sequester… With the deadline approaching for automatic spending cuts, Republicans in Congress are pushing hard to rebrand the cuts that were agreed to as part of the debt-ceiling agreement of 2011,” NPR claimed.

But, the truth is something other than what NPR promulgated. The fact is, sequestration was invented by President Obama and pushed by Harry Reid and House Democrats, not Republicans. It is certainly true that the GOP agreed to the plan, but they did not “invent” sequestration.

Even often left-leaning “fact checker” PolitiFact noted that Obama was the one that invented the sequestration budget conceit and rated “mostly false” any claim to the contrary.

Fortunately, many good folks on Twitter didn’t let NPR get away with its less than factual reportage. 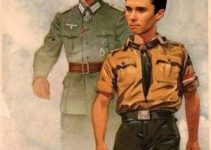