Maryland Gov. Martin O’Malley seems to have used his power as Governor to utilize the personal emails of hundreds of Marylanders holding hunting licenses in order to push his anti-gun agenda.

Patrick Shomo, the president of the pro-gun rights organization Maryland Shall Issue, told The Washington Times that Governor O’Malley is “tapping the state’s Department of Natural Resources database for hunting licenses” in order to gain access to the addresses.

Marylanders that hold state hunting licenses received an email from Gov. O’Malley on February 7 that was ostensibly informing them about the state’s hunting news. At the end of the message, though, O’Malley suddenly pivoted to an anti-gun message.

“I also want to take this opportunity to address you directly about the proposal we recently introduced to reduce gun violence,” O’Malley wrote. “Our goal is to enact common sense proposals to keep guns out of the hands of dangerous criminals, and to try to reduce the risk of a mass shooting like the one that occurred in Newtown. Let me be clear: We are committed to protecting hunters and their traditions. That’s why we specifically carved out shotguns and rifles from the licensing requirements of our bill.”

Of course, O’Malley’s bill is based on banning guns on cosmetic appearances, not actual mechanical factors. In fact, many guns currently used for hunting and target shooting can be altered to look like the sort of weapons that O’Malley thinks should be banned. The line is blurrier than O’Malley claimed in his email.

Shomo felt that the purpose of the Governor’s email was to cleave Maryland’s gun owners into two camps.

“They are not fooled. They know that he is trying to split the herd for now, and hunters know better than any others what happens to those split from the herd,” Shomo said.

As Emily Miller points out, Gov. O’Malley has an uphill battle to enact his gun grab. Marylanders are supporters of their Second Amendment rights. 83 percent believe in their right to self-protection and citizens are against the idea of government deciding which guns are allowed and which aren’t by a 50-39 margin. 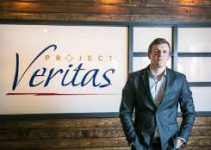