In a coordinated attack on the press, Iranian authorities have arrested between 11 and 14 journalists for “cooperating” with “anti-revolutionary” media outlets.

Amnesty International reported that between January 25 and 28, up to 14 journalists were arrested during raids on newspapers offices.

“This latest example of locking-up Iran’s journalists is a result of draconian restrictions on reporting which violate the right to freedom of expression and must be relaxed,” said Ann Harrison, Deputy Director of Amnesty International’s Middle East and North Africa Program.

“All journalists who are imprisoned in Iran merely for peacefully doing their job should be released immediately and unconditionally.”

These arrests were perhaps presaged by comments by Prosecutor General Gholamhossein Mohseni Ejei who said in a January 21 press conference that some journalists were working with “the enemy.”

Unfortunately, today, other than writing in the country’s newspapers, several journalists have their hands in the hands of Westerners and anti-revolutionaries….

Now, tomorrow, if any of these individuals is arrested for a criminal act, you, too, will scream and yell, whereas, unbeknownst to you, that individual was the mouthpiece and podium of the enemy.

Only days later the raids on many Tehran-based newspapers were conducted after warrants were issued by the Court of Media and Culture.

“All journalists held solely for their legitimate work must be released immediately and unconditionally as they are prisoners of conscience,” said Amnesty International’s Harrison.

Reuters reports that the Mullahs didn’t just go after reform-minded newspapers as Tabnak, a more conservative Iranian website, was also shut down.

The NRA's Media Strategy, Is It Working?
The New Immigration Reform Plans Look A Lot Like George Bush's Plan 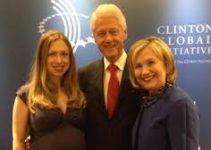