This week’s Weekend Caption Contest™ was another great success. The winners this week were delayed due to the holiday. The assignment this week was to caption the following picture: 3) (Wild_Willie) – “These hands are lethal weapons. One stroke of the pen and I take your rights.”

4) (Baron Von Ottomatic) – “…and before I could even push down on the tops of their heads, John Stewart and David Gregory had both dropped to their knees in front of me.”

6) (Vagabond661) – “Everybody was kung fu fighting. Those tax hikes were fast as lightning.”

The Readers Choice Award this week went to Stephen’s winning entry. In its place I offer one more of my favorites:

(Harmon) – “I thought my mere presence would heal everything wrong with this country. I guess in my second term I will have to go as far as getting my hands dirty. No actually on second thought, maybe I’ll just wave them like this… ”

About Those Bangs...
Happy MLK Day 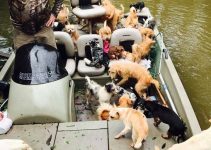