Actor and hardcore progressive Danny Glover should add revisionist historian to his growing resume of left-wing activism after a recent visit to Texas A&M University where he told students that the Second Amendment was mainly meant to keep African Americans in slavery and to kill Native American peoples.

During his January 17 appearance at the university, Glover thought to teach the students attending about the real purpose of the Second Amendment.

I don’t know if people know the genesis of the right to bear arms. The Second Amendment comes from the right to protect, for settlers to protect themselves from slave revolts and from uprisings by Native Americans. So, a revolt from people who were stolen from their lands or revolts from people whose land was stolen from. That was the genesis of the Second Amendment.

This is simple historical revisionism. Slave revolts had yet to become the constant, nagging fear it was later to become for southern slaveholders. There was no such preoccupation in the late 1780s during the debate over the Constitution or in the decades previous to that and it certainly wasn’t a cause for northerners to worry.

Glover is completely wrong in every respect.

Slave revolts were a factor in the later decades after the Constitution was enacted, of course. Fears of slave revolts took hold in the south because of several major revolts that frightened whites here and elsewhere. But previous to the debate and ratification of the U.S. Constitution there had been but few such revolts and none of them really served as the basis of any pervasive fear.

One of the most famous slave revolts of the founder’s era was that in Haiti made famous by the leadership of a former slave named Toussaint L’Ouverture. The revolt shocked the world, for sure. But this revolt didn’t start until 1791, four years after the U.S. Constitution was a done deal. This revolt played no part in the creation of the Second Amendment.

There were slave revolts before 1787, though. One slave revolt in the founder’s recent memory was called the Battle of the Lord Ligonier and occurred back in 1767. But that occurred on a ship in the Atlantic not on our own shores. Another revolt termed the New York Conspiracy happened in 1741. The next one back, called the Stono Rebellion, occurred in South Carolina in 1739. (And, remember, the famous Amastad incident wasn’t until 1839.)

None of these revolts that occurred before the framing of the Constitution had much impact on the founder’s thinking.

It should also be remembered that when the founders were debating the Second Amendment in 1787, slavery had yet to become the economic powerhouse it was later to become.

Previous to 1810 slavery was developing a bad reputation throughout the country–even in the south–and by 1810 manumission had been bestowed upon nearly 200,000 slaves. Then came the growth of the south’s plantation economy and with it a growing refusal of southerners to consider the end of their “Peculiar Institution.” But that came a few decades after the invention of the cotton gin in 1793.

For an economic barometer of the times, cotton exports went from 500,000 pounds in 1793 to 93 million pounds by 1810. This abrupt change made slavery an economic necessity if the south were to continue growing as it had. But, again, all of this was years after the Constitution was in place.

So, while it is true that southern plantation owners would eventually develop a bone-shaking fear of slave rebellions and because of that would begin a vicious routine of suppressing blacks, this fear didn’t manifest itself until the 1820s and 30s when slavery had become an important and growing institution for the southern economy.

The truth is the 2nd Amendment was a philosophical ideal based on humanity’s long history of using government force on a disarmed public, force that resulted in oppression and in the subsequent loss of religious freedom, and as a result of the fact that the founders wanted a weaker, de-centralized federal government that could not harm the rights of the people. 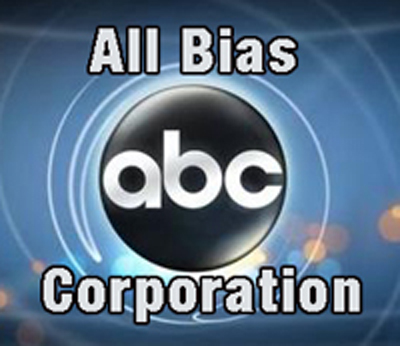