As the debates over gun control have escalated one thing I’ve mentioned several times is that alcohol is responsible for far more overall fatalities as well as more children’s lives cut short than firearms.  I don’t honestly believe alcohol prohibition is a good idea, but if the government is going to arbitrarily ban certain objects under the guise of protecting “the children” their harm reduction should be done in order of priority.  You know, science.

Make America safer for children by banning the sale, possession, and consumption of alcoholic beverages

According to CDC, 75,000 American lives are cut short each year by alcohol abuse. Almost 5,000 are people under 21 years of age. Fatalities related to alcohol abuse are 5 times (500%) higher than homicides with any kind of weapon.

Joe Biden stated, “If your actions result in only saving one life, they’re worth taking. But I’m convinced we can affect the well-being of millions of Americans and take thousands of people out of harm’s way if we act responsibly.” Alcohol destroys 8 times more lives each year than gun homicides. Harm prevention should begin with objects most likely to put children in danger.

Responsible alcohol use is a myth. Alcohol kills innocents, destroys families, and exacerbates mental illness. Ban the sale, possession, and use of alcohol. For the children!

Please give me your support on this issue.  I’m quite eager to see the White House’s response.  Is the 21st Amendment repealing prohibition more important than the 2nd Amendment?  Will a ban on certain firearms or magazines be more effective than prohibition?  How were criminals affected during prohibition?  The possibilities are endless.

Tomorrow I’m going to start a petition to end the scourge of backyard swimming pools.  How many innocent children must drown before the government steps in and bans these silent killers?

You can view and sign the petition here: Make America safer for children by banning the sale, possession, and consumption of alcoholic beverages 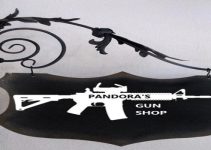