In his best Fukuyama-like fashion, CNN founder Ted Turner has pronounced the end of war. Not only that, but he implies that the U.S. is the stupid country for refusing to abide by his prognosticating powers.

During a December 13 broadcast of CNN’s Newsroom, Turner made the sweeping pronouncement about the end of war assuring viewers that, “the big, intelligent, well-educated countries have already quit war.”

Proving he doesn’t know much about recent history, Turner even claimed that Russia doesn’t go to war any more because they are so “smart.” Say, Ted, don’t you remember when Russia invaded Georgia and killed so many citizens and soldiers from that former Soviet Republic? That was only four years ago, Ted.

Turner went on to indulge several more somewhat childlike proclamations. One was that either no one should be allowed to have nuclear weapons, or every country should have them — that’ll work well, eh?

In his brilliance, Turner said that if every country had nuclear weapons that would end proliferation. What can one say to that?

Turner also said that Israel, the U.S.A., and India are all “extremely dangerous” countries — just as much as Pakistan and Russia might be — all because those countries have joined the nuclear club.

The CNN founder also hoped that President Obama would turn his second term into a left-wing cause célèbre by going after every far left idea he gave lip service to in his first campaign and at the beginning of his first term.

But, like Francis Fukuyama, who comically declared that our era was “the end of history,” it was Turner’s simplistic claim that war was oh, so over, that really should have triggered a TV laugh track if CNN had one.

In fact, his answer to what he thought about the turmoil in the Mid East was as insensible as it was inarticulate. Turner even seemed to think the current lull in fighting between the Palestinians and Israel occurred because they wanted to facilitate a resumption of tourism!

Well, once again, I’ll take optimistic view of things. I was just – war is just about over with. War is just about over with, and that is huge news. First of all, the big, intelligent, well-educated countries have already quit war. You don’t see France getting ready to go to war with Germany or Russia getting to go to war with Poland. That used to happen all the time, but it’s not happening. And the best example of all was just a couple of weeks ago when Gaza was fighting — the Palestinians were fighting with the Israelis, and they lobbed a couple of missiles into Tel Aviv. And I’m sure that both people on both sides could see the day was coming that they’d be lobbing missiles into Jerusalem. And this is what both the Christian, the Jewish religion began there, and it’s the Holy Land. And it’s some of the greatest tourist attractions in the world.

People want to come from all over world to see it, but not when a war is going on. And they realized within a week of war they had made a terrible mistake to go to war. And even though it’s better to grumble at each other, but not to be shooting at each other and causing all this damage and wrecking the economy and upsetting people all over the world because these pictures, you’ve got the BBC and CNN now having the pictures of the grandmothers and grandfathers and little children lined up on the street in front of house dead. They’re bringing them out to bury them. That doesn’t look like a fun way to live. And it’s not. So they quit. They quit fighting in a week. Maybe they won’t start again. Maybe this will be the last war.

This sounds like a twelve-year-old kid standing in front of his class relating a social studies report that he didn’t really write but is just making it up as he goes along to sound like he had. 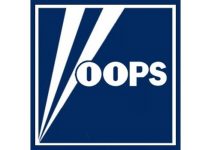