As unions again run amuck, this time in Michigan, the Old Media establishment has steadfastly refused to report on the union’s violence, not to mention the “violent rhetoric” coming from their advocates. But this is in stark contrast to the Summer of 2011 when the Old Media was hot to condemn the supposed “violent rhetoric” of Republicans such as Sarah Palin, Andrew Breitbart, and talk radio hosts.

In Michigan this week unions have once again shown why the term “union thug” is no misnomer by beating up people and engaging in property destruction, intimidation, and violence all in order to turn back Michigan’s right-to-work legislation passing through the state’s duly elected legislature.

During the day on Monday union goons attacked a tent set up by members of Michigan’s chapter of Americans for Prosperity. The tent was staffed with women and men, Michiganders who came out to support the Republican’s effort to pass worker’s rights legislation that would make The Wolverine State the 24th right-to-work state.

Also in attendance was occasional Fox News guest and comedian Steven Crowder. The young Crowder was actually physically attacked, punched at least four times, by one union criminal. Crowder’s crime? He dared to ask unionistas the simple question: “what is it about right-to-work that you oppose so much?”

The union thugs then swarmed AFP’s tent and tore it down with the women, and a few children, still inside.

This violence was chronicled by at least a half dozen videos all showing how the crowd of union goons surrounded the AFP tent, attacked Crowder and the others, and eventually destroyed the tent.

Yet, the Old Media is ignoring all this violence.

On top of the actual, hard violence perpetrated by those actually on the ground in Lansing, the State’s capital, several high profile union supporters also indulged what the media once called “violent rhetoric” in support of the unions.

For instance, right on the floor of the State House, Michigan State Representative Douglas Geiss, a Democrat, threatened his fellow citizens with violence if the right-to-work legislation were to be passed. “There will be blood,” Geiss screamed.

Teamsters President Jimmy Hoffa also went for the most violent of imagery. Hoffa threatened to start a “civil war” over the worker’s rights legislation.

Also on Monday, Lansing Mayor Virg Bernero told a crowd gathered in his city that he was “proud” of the violence that the unions perpetrated.

By December 12, even democrat strategist Bob Beckel was not only justifying the violence of the unions but was advocating for more of it.

This is an awful lot of violent talk, is’t it? But is there any condemnation for this rhetoric by the Old Media establishment?

You’ll remember back in 2011 that the media lost its collective mind over the “violent rhetoric” of Sarah Palin and other conservatives in the run up to the 2012 election cycle. The media blamed the shooting of Rep. Gabby Giffords on Palin and conservatives because of croshairs images on electoral maps and other metaphors that could idiotically be termed “violent rhetoric.”

But now that we have actual violence we get not a peep from the same Old Media that was once so worried about all that violent rhetoric in politics today.

Adam Lanza, Not His Older Brother Ryan, Was The Newtown Shooter, Said To Be Targeting His Mother
27 Dead, Including 18 Children, In Connecticut Elementary School Shooting 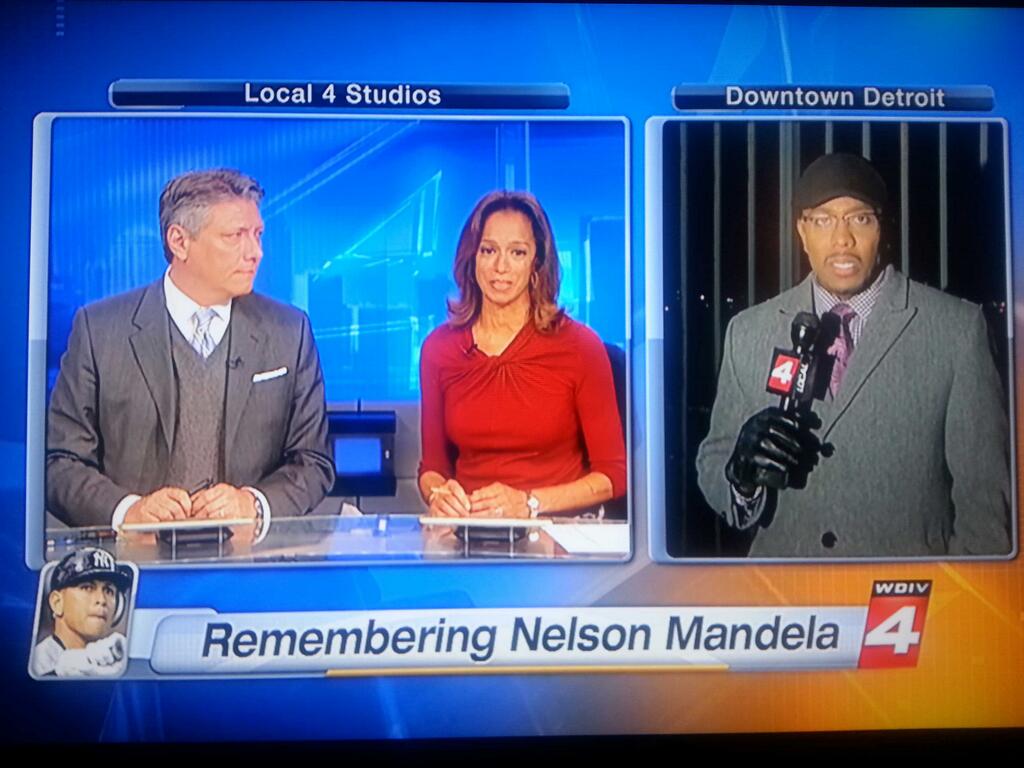