The New York Times is full of outrage at the Israeli Defense Force (IDF) for its surgical bomb strikes launched against a few buildings in Gaza that held offices and studios of several international media outlets. But in its report the “paper of record” forgot to add one little fact: four highly placed terrorist leaders that were killed that day were also based in those same buildings.

The Grey Lady reported the bombings mostly from the Palestinian point of view, of course, giving Hamas leaders all the space they wanted to excoriate Israel for replying to a constant wave of rockets indiscriminately launched into its territory with surgical strikes aimed at specific terror assets.

In its November 18 article, The Times reported that Salama Marouf of the Hamas media office called the rocket hits “an immoral massacre against the media.”

The production studios hit were used by such international media outlets as Sky News, Fox News, CBS, the Saudi-owned Al Arabiya Channel, and Germany’s ARD TV as well as the Hamas propaganda machine.

The Times did note that the IDF took over a radio frequency used by Hamas propaganda broadcasts to warn Gaza residents to stay away from Hamas terror facilities because of the targeted strikes to come. The IDF promised to continue surgically targeting terror facilities and working to eliminate high-value terror operatives.

But The Times misled with its coverage of the bombing of the media offices in Gaza by leaving out key facts.

The first fact left out by The Times was that the western media had left the area a week ago, so the IDF didn’t target “the media” as The Times uncritically allowed the Hamas operative to claim.

Secondly, The New York Times somehow forgot to mention that the buildings that were hit also housed the base of four high profile terror leaders, all four of whom were killed in the strike.

Killed that day was Islamic Jihad senior commander Ramiz Harb. Also eliminated was Bahu al-Ata and Hallil Bahatini, two Islamic Jihad commanders who were in charge of the rocket barrage launched against Israel, and Taysir Jabari, a terror commander responsible for multiple attacks on Israel.

The fact that these terror leaders had made a base for themselves in the same buildings housing western media studios and offices should have been something that The New York Times might have criticized.

Instead these important facts were left out of the report.

The paper also added a list of several Palestinian children who were supposed to have been killed by Israeli bombs, but time and again western media has been stung by such false claims.

Last weekend, for instance, Palestinian propagandists and gullible western media outlets touted the death of 4-year-old Mahmoud Sadallah, supposedly killed by Israeli rockets. But it turns out that the child was actually killed by a Palestinian rocket launch that went awry falling on its own people instead of soaring into Israel killing Israeli women and children. Naturally, the truth was pushed to the back pages.

Also last week, CNN was caught using a faked video of a Palestinian “victim” that turned out to be just a Hamas propaganda effort featuring a Palestinian acting the part of a wounded man in order to fool western media outlets about what was going on in Gaza. 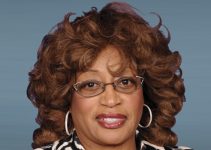