In a classic example of the media accepting the terrorist’s ideas that Israel is the bad actor in the Middle East, The New York Times had an interesting way to describe the more than 150 rockets that Palestinians have launched on Israeli civilians over the last week or so. The Times wrote that those attacks were “called rocket attacks” by Israel as if the Israeli’s were simply making unsubstantiated claims about the attacks.

It was in the third paragraph of its November 15 piece that the Times used the deprecating language saying, “The ferocity of the airstrikes, which Israel called Operation “Pillar of Defense” in response to what Israel called repeated rocket attacks by Gaza-based Palestinian militants, provoked rage in Gaza, where Hamas said…” (My bold for emphasis)

But, it gets worse. After being scolded for this rhetoric down in the comments section, the Times suddenly changed the whole paragraph and did so without bothering to inform readers that they’d made the change.

The ferocity of the airstrikes, which Israel called Operation “Pillar of Defense” in response to repeated rocket attacks by Gaza-based Palestinian militants, provoked rage in Gaza, where Hamas said the airstrikes amounted to war and promised a harsh response. Civil-defense authorities in Israel raised alert levels and told residents to take precautions for rocket retaliation from Gaza.

Of course, there is another thing that must be noted. The premise of this story in its first important opening paragraphs is that it was Israel that “launched one of the most ferocious assaults on Gaza.” It is as if the Israelis just woke up one day this week and decided to start bombing neighbors for no reason. But the truth is that Israel has been under a renewed attack by Palestinian rockets.

The Hamas-sponsored attacks Israel has sustained without reply for some time was buried in the story and initially scoffed at as the Times characterized the attacks as something Israel was only claiming had occurred.

That isn’t the only place in the story where The New York Times sides with the terrorists by accepting their terms of the debate. In the fifth paragraph we see this bit of doggerel: (again my bold)

Even the U.S. government has declared Hamas as a terror organization.

This article is a perfect example of how The New York Times sides with terrorists and those wishing genocide on Israel by accepting all their terms of debate and couching all reporting as if the terrorists are the ones on the right side of the issue at the outset. 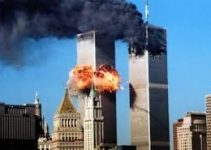