Does anyone else find it a bit weird Clapper urged him to resign but yet ‘official sources’ are saying there was no evidence of blackmail or related vulnerability?

Clapper still has to testify and apparently, so will Petraeus if we go by Rep. Gowdy’s statements. So, why urge him to resign? Clinton went through an impeachment and didn’t resign. There has to be more to it.

Director Clapper, as a friend and a colleague and a fellow general officer, advised Director Petraeus that he should do the right thing and he should step down,” the official said.

On Wednesday, Clapper notified the National Security Council at the White House that Petraeus was considering resigning and President Barack Obama should be informed, the official said.

U.S. law enforcement and intelligence officials agreed to discuss the Petraeus matter only on condition of anonymity because of the issue’s sensitivity and because it is the subject of a law enforcement investigation.

Once Petraeus’ name turned up in the investigation, the importance of the FBI inquiry was immediately escalated, as investigators became concerned the CIA chief somehow might have been compromised, the law enforcement official said.

However, the official and two sources briefed on the matter said no evidence has turned up suggesting Petraeus had become vulnerable to espionage or blackmail. At this point, it appears unlikely that anyone will be charged with a crime as a result of the investigation, the official said.

There seems to be a lot of concern and stressing that the White House had no knowledge of this investigation. I don’t know if I buy that.

From the same article:

Several officials briefed on the matter said senior officials at the Pentagon, CIA and Congress knew nothing of the FBI’s investigation of Petraeus until Thursday afternoon at the earliest, and some key officials were not briefed on the details until Friday.

There is no evidence at this time that anyone at the White House had knowledge of the situation involving Petraeus prior to the U.S. presidential election on Tuesday, which saw Obama elected to a second four-year term.

The FBI was conducting an investigation regarding the CIA on one of the most well-known and visible former Military we have and NO ONE ELSE KNEW? You’re kidding me, right? This bit about no one knowing contradicts a post over at Ace:

Impeachment is a matter of time.

I realize that will be unsuccessful, as far as removal from office. But at some point you have to make the point.

“The decision was made to delay the resignation apparently to avoid potential embarrassment to the president before the election,” an FBI source says. “To leave him in such a sensitive position where he was vulnerable to potential blackmail for months compromised our security and is inexcusable.”

So wait, the DOJ knew but not the CIA, White House or anyone else?  Color me unconvinced. Who knows if this is related, but the timing is uncanny.

New York Times Says it's OK to Destroy the Life of a Pro-Family Official
Newsweek: Hey, Whities, You're Old, You're White And You're Finished
Tags:Benghazi, FBI, Petraeus 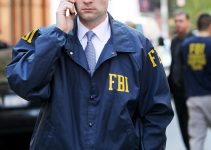