Lisa Morrison of Fulton, Iowa is not very happy with the Obama campaign’s “misrepresentation” of her in a campaign statement. “I am outraged that my question is being misrepresented and used as a political tool against the Romney/Ryan campaign by both media and the Obama camp,” Morrison wrote to the Quad-City Times.

Obama attempted to claim that Mrs. Morrison attacked Paul Ryan at an Iowa campaign stop on Friday. But she says that wasn’t the case at all

“I was not calling Ryan out,” she insisted referring to the Obama campaign’s characterization of her question.

On October 5, Paul Ryan appeared at a campaign rally in Clinton, Iowa where Morrison called on him to explain a bit more about his plan for the nation should he and Romney be elected in November.

As soon as the event was over the Obama campaign highlighted Morrison’s question to Ryan and characterized it as an antagonistic confrontation. An Obama campaign statement was issued saying that Ryan, “can’t attend his own campaign rallies without being called out for failing to provide specifics about what Mitt Romney would do if elected.”

Morrison, however, vigorously disputes that portrayal of her question. In fact, she says she is a hearty supporter of Romney/Ryan.

I am the woman in the Green Bay Packer jacket at Rep. Paul Ryan’s rally in Clinton who asked him the question about specific plans to fix our economy. Needless to say, I was quite shocked to learn the Obama campaign seized my question, putting out the statement “Even Ryan can’t attend his own rally without being called out.”

I was not calling Ryan out. I had the opportunity to ask a direct question to Paul Ryan and what I got was a complete direct answer with no spin.

Even though 600 other people were attending, I felt Mr Ryan was talking directly to me. I thanked him after the event for answering my question. I left the event feeling satisfied and confident that the Romney/Ryan plan is what our country needs.

Today I am outraged that my question is being misrepresented and used as a political tool against the Romney/Ryan campaign by both media and the Obama camp. The question I asked is what we the citizens want to know: How is the Romney/Ryan plan going to tackle this economy? Paul Ryan answered it with precise clarity.

My next question is to President Barack Obama. What is your specific plan to fix the economy you said you would fix 4 years ago?

Even ABC News reports that at the rally she received Ryan’s answer to her question with satisfaction and appreciation.

Obama tried to make Morrison into a disgruntled tool of the Obama campaign and she resents the attempt. 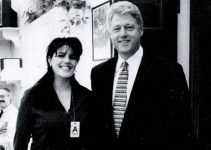