Home
2012 Presidential Race
The Thrill Is Gone – The Denver Smackdown I’ve been exchanging emails all night with friends, sharing our thoughts on tonight’s presidential debate in Denver or — as I’ve come to refer to it — the Denver Smackdown. There were tons of observations, jokes, and predictions flying around, but my overall, quickie takeaway is that Romney ruled.

My favorite thing about tonight was that Governor Romney not only took the fight to President Obama, but he seemed to genuinely enjoy doing so. He had that fire in his eyes that it takes to win. But as assertive, even aggressive, as he was, he was still likeable. My husband watched and noted how polite the two were to each other. I had not really noticed because I was so caught up in, and somewhat surprised by, the fact that Romney came out swinging and never let up. But he was right about the politeness. Romney struck the perfect balance. He came across as a gentleman. He was forceful without being a bully. He was assertive of his territory (the time clock), without being rude. Romney was pitch perfect tonight. Just perfect.

And as perfect as Romney was, Obama was that bad. I already had a feeling this election would be a lot like Reagan – Carter. Obama has been behaving like a man in deep trouble. His surrogates have called Romney a felon, accused him of killing a woman with cancer, and even of dissing his garbage man. This isn’t a “Morning in America” campaign. This is the smell of desperation in the morning.

This debate served to expose the cracks that were already there. Obama cannot defend his record and Romney did not allow him to change the subject. Obama supporters on Twitter ,and even on MSNBC, expressed their deep disappointment in their guy. One look at Chris Matthews told us the thrill is gone. The tingles and thrills have turned to terror and chills.

There is a long way to go. There may be several October surprises to come — gaffes, more “secret” tapes, maybe even world events that intervene? Romney will go into the final two debates with sky-high expectations and it will be hard to top tonight’s performance, but I don’t think he will need to top it. He has set the narrative. He has identified the failures of the past four years. He has shown the country who Mitt Romney is and what he is made of. And judging from the early reactions, America is really liking Mitt Romney tonight.

Update: Thanks to @thomgough for finding this great version of the B.B.King classic:

My friend Adam had my favorite video for the night though saying the following was POTUS’ theme song for the election and tonight’s debate: 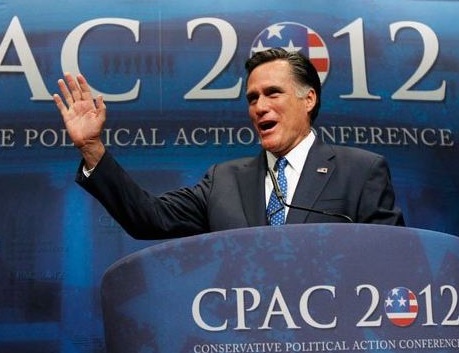