Violence is still out of control in Chicago. McCarthy blames pilgrims and can’t get a handle on it and Emanuel just makes mafia style threats to the perpetrators in interviews.

So far this month, the number of homicides has surpassed an average of one per day.

Chicago Police Superintendent Garry McCarthy found some consolation in that statistic on Saturday.

“The fact is, we’re doing better than we were doing before,” McCarthy said, after a press conference highlighting a citywide youth anti-violence campaign that recently ended.

Through noon Saturday, there were 10 homicides for the month in Chicago — including two gun-related deaths shortly before McCarthy’s press conference, according to reports. There were 15 homicides through Sept. 8 last year, Chicago police statistics show.

“Now, that’s a very short time-frame, but it’s still relevant,” McCarthy said, explaining that fighting violent crime is a “day-by-day” effort. “Every day matters, every second matters. So we have to put that in context.”

Only 10 homicides this month… “We have to put that in context.” Tell that to the 11 year old girl shot along with 4 others this month. Tell that to Mohammed Kebbeh’s family.

My original post was made on my own blog this morning, this is an update link: 11 shot, 2 killed in weekend shootings – Chicago Sun-Times 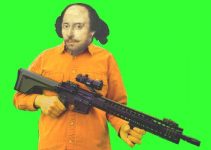