This week’s Weekend Caption Contest™ was another smash success. The assignment this week was to caption the following picture: 1) (retired.military) – Chris Matthews, MSNBC, “Here you can clearly see Romney and Ryan doing their code gesture for the nazi salute”

4) (guido81_MA) – “Ha,ha, those vagina costumes are pretty funny, but completely uncalled for. We already knew that the democrats are a bunch of pussies!”

(as reported by NBC News)”

The Readers Choice Award this week went to retired.military’s winning entry. In its place we offer one more excellent musical caption:

The Reality Based Community Is Officially Dead
. . . and in other news . . . 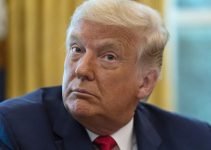