Left-wing, British columnist Owen Jones was not a fan of George W. Bush, it seems. While this is no surprise for as screaming a left-winger as Jones, what is a surprise is that he has decided that President Obama is no real improvement over the “repulsive” Bush.

In a recent column in The Independent, Jones went on a monotonous rant of name-calling against Bush — the same sort of nonsense with which we are all woefully familiar. All his name calling there is easily forgettable, naturally, but when he finally got that Bush Derangement Syndrome out of his system and he got to his criticism of Obama eyebrows might raise for leftists everywhere.

The focus of his ire is, of course, Obama’s campaign of death from the skies as evidence in his drone program. This is a sore spot for the international left, to be sure. Carping about Obama’s drone policy has been rumbling during Obama’s whole presidency.

Interestingly Jones uses a line that rings true where it concerns the low level of grumbling that Obama has been confronted with over his use of drones. Basically, Jones notes that if Bush had done it the complaints wouldn’t be bubbling just under the surface but would be an international furor of the highest order.

If it was happening under the Bush presidency, the opposition would be vociferous and widespread. But while there were 52 such strikes in Pakistan in eight years of Bush, there have been over 280 in three and a half years of Obama. Numbers have soared in Yemen and Somalia, too. Two months ago, former US President Jimmy Carter described drone attacks as a “widespread abuse of human rights” which “abets our enemies and alienates our friends”. He’s not wrong: the Pew Research Center found just 7 per cent of Pakistanis had a positive view of Obama, the same percentage as Bush had just before he left office.

Jones also finds all this hard to understand if not completely hypocritical of the left.

“But, in the West, Obama can get away with acts that Bush would rightly be pilloried for. Indeed, he seems to think it’s all a bit of a laugh: in 2010, he jokingly threatened the Jonas brothers with a Predator drone strike if they came near his daughters. How droll, Barack,” he writes.

After a few more absurd, untrue calumnies against Bush, lefty Jones finally gets to his main points. Obama is just as bad as Bush, granted, but the whole problem is neither Bush nor Obama. It’s that the USA is a monster that needs to be put down.

Now, that is the hate for the USA we are used to from Europeans! Jones ends his paean to ages old left-wing, anti-Americanism saying that because Obama has weakened the United States, the left has a window to destroy us.

With the last remaining superpower at its weakest since World War II, there is an unmissable opening to argue for a more equal and just world order, restricting the ability of Great Powers to throw their weight around. And a word of warning: if we don’t seize this opportunity now, one superpower will simply be replaced by another – and our world will be as unequal and unjust as ever.

But, here I might quote an old taunt from grade school: “You and who’s army, Jones?”

While Jones may see some sort of opportunity to destroy the USA, I am not quite sure who he thinks will do the destroying and how he might assure that such a force could be under the control of leftists of his like mind?

Regardless, this is a sign that the international left-wing milieu is finally losing its star-struck, schoolgirl’s crush on The One and fading right back into their boringly common anti-Americanism.

Maybe Obama wasn’t the one they were waiting for? 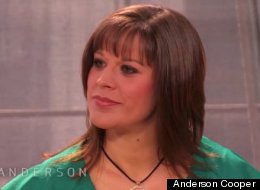