Republican lawmakers allege in a letter to Attorney General Eric Holder that a key figure in the failed Fast and Furious anti-gunrunning operation has been allowed to earn a second paycheck while still receiving his government salary.

…Sen. Charles Grassley and Rep. Darrel Issa, the two Republicans leading the charge against Holder on Capitol Hill, claimed in a letter Tuesday that ATF Assistant Deputy Director Bill McMahon has received a leave of absence allowing him to pull down two salaries. Taxpayers pay him six figures to do his ATF job while he’s also reportedly pulling down in excess of $100,000 as the full-time director of global security and investigations for JP Morgan in the Philippines.

The arrangement allows McMahon to retire in December with a full government pension.

Records show McMahon approved Fast and Furious and supervised it as director of western operations. In July 2011, before a Congressional Committee, he apologized for his mistakes.

Personnel policies prohibit ATF officials from taking outside employment, but someone has helpfully waived those rules, but only for McMahon. Sen. Charles Grassley and Rep. Darrel Issa want to know why. They write,

“Under any reading of the relevant personnel regulations, it appears that ATF management was under no obligation to approve this sort of arrangement. Given McMahon’s outsized role in the Fast and Furious scandal, the decision to approve an extended annual leave arrangement in order to attain pension eligibility and facilitate full-time, outside employment while still collecting a full-time salary at ATF raises a host of questions about both the propriety of the arrangement and the judgment of ATF management.”

“ATF has essentially facilitated McMahon’s early retirement and ability to double dip for nearly half a year by receiving two full-time paychecks—one from the taxpayer and one from the private sector. Moreover, ATF did not wait for the Office of Inspector General to complete its report on Fast and Furious before approving the arrangement. This is in sharp contrast to the posture the agency has taken with whistleblowers like Special Agent John Dodson, who is told he must wait until the Inspector General’s report is complete before the agency will even consider his simple request for a statement retracting the false statements made about him by agency leadership.”

You can see the rest of Sen. Charles Grassley and Rep. Darrel Issa’s letter here (PDF). 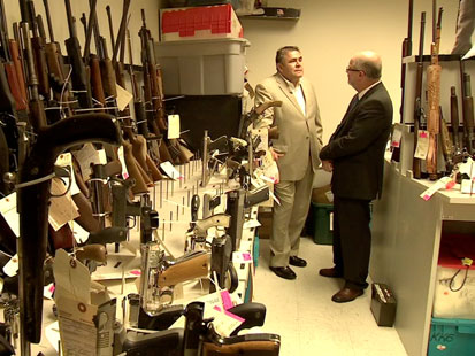