Ever since the Supreme Court’s Citizens United decision, left-wingers and Democrats have been braying for center right and conservative organizations, PACS, and super PACS to reveal their donors, the libs claiming that such “transparency” is good for American politics. But as far as these people are concerned, “disclosure” is only to be forced on others and the fact that one of Obama’s biggest campaign donation bundlers is the leader of a very secretive Democrat money machine proves the rule rather than the exception.

So, what does this group do? According to the Washington Free Beacon:

That’s right, this group that is made up of left-wingers that scold the right for a lack of transparency won’t reveal its own donors. So much for veracity.

How this organization operates is that big money donors give to the Democracy Alliance and that organization then determines what left-wing or Democrat groups gets the cash. This way many donors are legally insulated from where the money ultimately ends up.

All is not well at the DA, though. You see, the group was originally created to fund only extremist, left-wing groups, but not necessarily Democrat political machines. The idea was to build up grassroots progressive efforts to push left-wing political narratives and policy goals.

But Craighead has taken the DA in a different direction of late, much to the dismay of the hard-core progressives associated with the group. Craighead has decided to turn Democracy Alliance into an Obama machine that is really more concerned with Democrat Party needs than progressive policy goals.

“Initially it was supposed to dispense money to progressive groups; but as it’s emerged over the years, it’s an engine for the Democratic Party. The focus is on spending money on groups that are specifically aimed at electing Democrats,” Jacob Laksin told the Free Beacon.

Laksin is the coauthor of The New Leviathan: How the Left-Wing Money-Machine Shapes American Politics and Threatens America’s Future.

Craighead is not without scandal, either.

Nor has Craighead avoided shadowy political groups or fundraising practices. She became embroiled in a federal investigation into Clinton’s fundraising during the 2000 campaign. Federal authorities later indicted Clinton campaign Financial Director David Rosen for lying about the campaign’s fundraising costs.

Rosen allegedly doctored records to hide $700,000 in costs in connection to a $1.2 million celebrity gala—a move designed to free up cash for the campaign. A prosecution witness testified that Craighead knew Rosen had manipulated the costs and did nothing to fix the error.

Craighead never took the stand, though she was on the witness list. A jury acquitted Rosen, who moved to Illinois where he managed the campaign finances of Obama ally Gov. Pat Quinn before joining Eudora Global, a consulting firm founded by Vice President Joe Biden’s son, R. Hunter Biden.

So, as the left clamors for “transparency” from any group right of center, they hide behind front groups like Democracy Alliance. So typical the hypocrisy here. 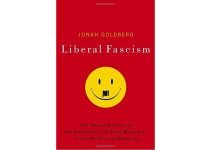