On his own blog, our Rick Rice linked to this piece by Terry Mattingly at GetReligion.com: “Where’s the beef?  What the Chick-Fil-A boss really said”

Now, one would assume — after reading a [CNN] reference to the “comments of company President Dan Cathy about gay marriage” — that this interview from the Biblical Recorder in North Carolina (which was circulated by Baptist Press) actually included direct quotes from Cathy in which he talks about, well, gay marriage.

In this case, one cannot assume that.

While the story contains tons of material defending traditional Christian teachings on sexuality, the controversial entrepreneur never talks about gay rights or gay marriage. Why? Because he wasn’t asked about those issues in the interview.

This raises an interesting journalistic question: Is a defense of one doctrine automatically the same thing as an on-the-record attack on the opposite doctrine? In this case, is it accurate for CNN (and others) to say that Cathy made comments about gay marriage when, in fact, he did not speak words addressing that issue?  (emphasis added)

Here’s the relevant portion of the Biblical Recorder interview:

The company invests in Christian growth and ministry through its WinShape Foundation (WinShape.com). The name comes from the idea of shaping people to be winners. It began as a college scholarship and expanded to a foster care program, an international ministry, and a conference and retreat center modeled after the Billy Graham Training Center at the Cove.

“That morphed into a marriage program in conjunction with national marriage ministries,” Cathy added.

Some have opposed the company’s support of the traditional family. “Well, guilty as charged,” said Cathy when asked about the company’s position.

“We operate as a family business … our restaurants are typically led by families; some are single. We want to do anything we possibly can to strengthen families.  We are very much committed to that,” Cathy emphasized.

“We intend to stay the course,” he said. “We know that it might not be popular with everyone, but thank the Lord, we live in a country where we can share our values and operate on biblical principles.”

Sorry Mr. Cathy, but not so much any more.  If you’d been following popular culture a little more closely during the last decade or so, you’d have realized that supporting traditional male-female marriages, or suggesting that children thrive fully in traditional homes with a married mother and father, or supporting efforts to help LGBT individuals escape the destructive “gay lifestyle” through interaction with a Christian faith community, are all examples of HATE.

Most of us with common sense understand that we do not live in a perfect world.  A child from a home terrorized by an alcoholic father will undoubtedly benefit from a stable home with two loving guardians, even if they are both female.  The husband who is threatened and abused by a drug-addicted wife and her junkie friends has no business keeping either himself or their children in such a dysfunctional household.  A man who struggles with same sex attraction should not be forced by the expectations from others into a marriage with a woman with whom he shares no attraction.  Perfection can truly be the enemy of good, and in many cases it makes sense to utilize a good, functional solution in situations where an “ideal” or “perfect” situation is not feasible.  But do imperfect family situations completely invalidate the basic truths of traditional family morality — a lifetime marriage covenant between one male and one female, consummated by an intimate sexual union, which forms the basis for the nuclear family unit and the perpetuation of society?

Herein lies the problem.  Social liberals focus on the exceptions and failures of traditional morality and argue that because traditional morality doesn’t always work, it should be universally eliminated in favor of situational ethics in which everyone strives to be “happy.”   But all too often, these solutions are incomplete or blatantly hypocritical, and end up causing greater damage when they are introduced as general guidelines instead of alternatives designed to improve broken situations.  For example, LGBT advocates openly encourage teenagers to walk away from traditional teachings and experiment with homosexuality, or encourage same-sex attracted men to divorce their wives, leave their families behind, and “shack up” with a same-sex partner.  Yet when a church-affiliated organization helps a same-sex attracted man walk away from the gay lifestyle, or counsels a teenager to avoid same-sex experimentation, it’s “hate.”  Really?  Why is one morally superior to the other?  Why is one celebrated, while the other is condemned?  If encouraging couples to stay married, or encouraging teenagers to respect their bodies and their sexuality and abstain from sexual activity is hate, then what would be the “loving” thing to do?

And why is pop culture morality so holy that the use of intimidation, state-enforced restraint of trade, deliberate mischaracterization, and outright fabrication have been sanctioned as acceptable methods for punishing the grave offense of promoting traditional morality?

“Chick-fil-A doesn’t belong in Boston. You can’t have a business in the city of Boston that discriminates against a population. We’re an open city, we’re a city that’s at the forefront of inclusion,” Menino told the Herald yesterday.

“That’s the Freedom Trail. That’s where it all started right here. And we’re not going to have a company, Chick-fil-A or whatever the hell the name is, on our Freedom Trail.”

Discrimination to stop discrimination.  Intolerance in the name of tolerance.  Nice.  Decades ago, the phrase “Banned In Boston” became synonymous with moral crusading and prudishness, and eventually Boston became a laughingstock as people realized that “Banned in Boston” guaranteed a tidal wave of sales for anything lucky enough to be labeled as such: But Mayor Menino has reached a new low with his comments, and has effectively turned the Boston city government into a mob-style enforcement agency:

If Menino, a partner in New York City Mayor Michael Bloomberg’s Mayors Against Illegal Guns, can block a business based on political issues they support, what is to stop him from doing so based on a company’s championing of the Second Amendment, or a host of other issues that defy the so-called “progressive” agenda of government control and dominance over every aspect of citizens’ lives? Can business interest that support right to life or voter ID, or other “conservative causes” be far behind? Is it the place of government that is supposed to represent all of the people to discriminate against disapproved minorities and bestow a competitive advantage, not to mention special privileges and immunities, only to concerns that promote the agenda of the political bosses?

Far from being inclusive and tolerant, the mayor’s stance reveals the application of a chilling Orwellian Newspeak/Doublethink deception right out of “Nineteen Eighty-Four.” And far from representing all of Boston’s citizens, the mayor has shown himself not only to be unafraid, but enthusiastic about abusing the powers of office to bully political minorities into submission, even when he doesn’t have a legal leg to stand on.

In a free market economy, the customers decide if they wish to do business with a company, or if differences on social/political issues outweigh their desire for a product or service. If Chick-fil-A’s management support for social issues offends segments of the population, they are free to influence its profitability and survival by boycotting the chain and patronizing its competition. What they are not free to do is use the power of the state to economically destroy those who will not bend their knees because they disagree with them on matters of conscience, or in Menino’s case, more likely on matters of his political power and self-aggrandizement.

Fortunately, Chick-Fil-a has established itself very well across the US based on their clean restaurants, quality food, and exceptional customer service.  I’m sure plenty of other cities would be grateful to have their restaurants serve their communities.  Besides, who wants to kow-tow to a bunch of bigots anyway?

(And make sure you read Rick Rice’s further comments on this subject here at Wizbang.) 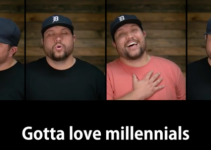