Last month we learned about studies we predicted would not go over well:

Two studies released Sunday may act like brakes on popular social-science assertions that gay parents are the same as — or maybe better than — marriedmother-father parents.

“The empirical claim that no notable differences exist must go,” University of Texas sociology professor Mark Regnerus said in his study in Social Science Research.

Today we learn Mr. Regnerus is being targeted by the militant gay fascist movement: A University of Texas sociologist is being investigated for scientific “misconduct,” after angering gay activists with research suggesting children raised by same-sex couples have more problems as adults.

Professor Mark Regnerus defended his June 2012 findings in an e-mail to the Austin American-Statesman newspaper, saying he worked with a team of “leading family researchers” from “across disciplines and ideological lines” to develop a protocol approved by the university’s review board.

Initially, the university promoted Regnerus’ study as a “particularly significant” source of information on outcomes in same-sex parenting. It showed that adult children of same-sex households tend to have lower incomes, more physical and mental problems, less stable relationships and higher crime rates.

Published in the Social Science Research journal, the work was criticized by homosexual advocates. The university has now convened a panel to investigate Regnerus’ alleged “misconduct,” a category including false or plagiarized work as well as “practices that seriously deviate from ethical standards.”

A July 11 article in the Austin American-Statesman indicated that one of Regnerus’ fiercest critics, Scott Rosensweig of the “New Civil Rights Movement” blog, may have played a leading role in the university’s decision to investigate.

The blogger, who writes for the gay activist site under the name “Scott Rose,” accused Regnerus of ethical violations in a June 21 letter to University of Texas President Bill Powers.

Rosensweig told the president that Regnerus’ study was “designed so as to be guaranteed to make gay people look bad, through means plainly fraudulent and defamatory.”

He also claimed that Regnerus, who got funding from the Witherspoon Institute and the Bradley Foundation for his work, had done the research with “money from an anti-gay political organization.”

The university says it will conclude the investigation within two months and make a decision based on its findings. Regnerus did not respond to a request for comment on the inquiry.

Regnerus is probably in hiding.  Gay fascists won’t rest until he is completely discredited.  And God forbid Regnerus being cleared of the charge.  The political pressure on UT will be enormous.

Mr. Regnerus is in for a tough time.  So is Truth. 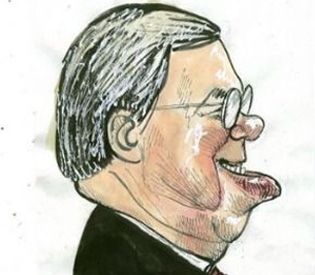