Home
corruption
Elizabeth Warren Lies or is She a Victim of ‘Right-Wing Smear Machine’?

No one is responsible for their lies, if they are liberals, anyway. We see this axiom at play again in the Massachusetts Senate race where Democrat candidate Elizabeth “Faux-Cahontis” Warren — who has for decades made her fortune and gained professional success in part for falsely claiming she has native American ancestry — is now being called a victim of the “right-wing smear machine.”

Apparently, Warren’s apologists are now saying that her decades of lies and wealth building of a false claim isn’t her fault. The whole darn mess is just a result of those mean ol’ right-wingers.

Already we’ve been treated to Warren’s statement that the whole issue is an attack by “a right wing extremist .” This claim was made after the candidate refused to meet with representatives of the real Cherokees who demanded Warren meet with them to explain her false claims of being one of them.

Finally, and one wonders why it took them so long, the Old Media is beginning to try to recast the issue in just the way Warren wants them to, by saying it’s all a result of the right-wing smear machine. The Boston Phoenix has finally gotten into the blame shuffling game with a piece headlined, “Massachusetts voters are about to get an up-close look at the right-wing smear machine.”

For the Phoenix, David S. Bernstein not only refuses to note that all these attacks on Warren are her own fault for lying so boldly for so many years, but he even tries to make it seem as if that “right-wing smear machine” is so powerful that it can drown out any voice. He laments that the left has no such organized capability.

There is no liberal equivalent to breitbart.com, or the American Spectator, or the dozens of other places employing teams of pseudo-journalists to generate dirt, out of whole cloth if necessary.

What? This guy’s never heard of such George Soros-funded behemoths as Think Progress, The Daily Kos, MoveOn.org, or for that matter PBS, CNN, NBC, ABC, CBS, MSNBC, and the bulk of the magazines and newspapers in the nation?

This guy is delusional.

Still, it is absolutely true that the Elizabeth Warren/Cherokee lies story is a big, big deal among those same conservative websites — you know, that “smear machine” — that Bernstein cites. We “smear machine” operators seem to have an aversion to left-wingers lying. It’s just one of those things.

Green shoots
Reliving the raid and rescue at Entebbe 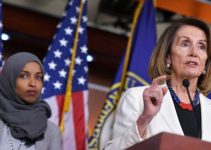