A young Maryland boy named Joshua Eisner, 14, committed suicide early in June. He used a reproduction civil war era black powder rifle to do it. Now his father is launching an ill-advised and unnecessary drive to force more gun laws on Marylanders, pushing an idea he wants called “Joshua’s law.”

According to his obituary, young Joshua was interested in music and history, the latter being why he owned the old-style firearm. News reports say that he left no note explaining his actions, but that authorities classified his death as a suicide.

Joshua’s father, Andy Eisner, certainly made an effort to be safe with the black powder civil war reproduction rifle that he occasionally let his son use at civil war reenactments. So safe, in fact, that he is said to have stored the black powder ammunition for the rifle at his ex-wife’s house while the gun stayed at his own home. Mr. Eisner also claims never to have shown his son how to load the piece.

Certainly Joshua’s death is a blow to his family and friends and his loss should be mourned even by those who did not know him. The loss of any child is horrible, after all. But because of the method the young man chose for his death, Mr. Eisner is going to an absurd length to assuage his feelings of loss by attempting to force even more gun laws and restrictions on everyone else in the Old Line State.

Sadly, Eisner wants to force what he is styling “Joshua’s Law” on everyone in the state, adding more restrictions to the books. It is all unnecessary and un-asked for.

Now, we all mourn with Mr. Eisner over the loss of his young son. It is always, always tragic when a young person takes the irreversible action of ending his life. But it has to be said that grieving or no, this father has no right to impose the weight of government on his fellows because of his own loss.

There is an old saying that bad facts make bad law, meaning that an outlier incident, an uncommon incident, or a simple lone tragedy is not enough reason to start imposing laws on everyone else. While it is true that sometimes a tragic incident does shed light on a dearth of needed rules and laws, not every tragic incident should be treated as another excuse to enlarge the power of big government.

This incident is one of those that doesn’t need a new law. This one incident of a teen suicide with a black powder weapon does not mean new laws are needed. It isn’t like this is one of dozens of incidents showing a need for more restrictions. It isn’t like people with black powder weapons are suddenly running rampant across the state. You just don’t start using the iron boot heel of government because one person did something bad.

As an aside, a news report in question furthers that idiotic refrain from the media of claiming it is the gun that is responsible for any action perpetrated with it.

The report uses rhetoric as follows: “The black powder gun Joshua used that led to his death…”

No, the gun did not “lead to his death.” The gun was but an instrument. An inanimate object. It played no part in the young man’s ultimate decision. People determined to commit suicide do not let methods deter them. If one means is not available, they will choose another. The gun is not a fault any more than drugs would be or a rope would be if the young man chose those options.

This is a terrible moment for the Eisner family, most certainly. But their grief is just not a reason to attack everyone else’s rights. 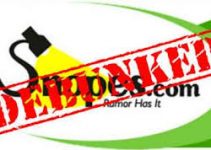