As invariably happens, especially in a story with natural racial overtones, when a conservative tries to point out where the obvious hypocrisy would be, I’ll be branded a racist. But here goes anyway. A one mile stretch of highway in North Georgia will remain unkept, at least until another, more suitable group applies to adopt it. A local KKK group filled out the proper paperwork and wanted to adopt a one mile stretch of state route 515, but they are being denied the opportunity.

Keith Golden, commissioner for the state Department of Transportation, wrote the chapter’s secretary that officials determined the mountain roadway, with a speed limit of 65 mph, was not a safe place for cleanup volunteers to work.

“The impact of erecting a sign naming an organization which has a long-rooted history of civil disturbance would cause a significant public concern,” he wrote. “Impacts include safety of the traveling public, potential social unrest, driver distraction or interference with the flow of traffic.”

While I don’t deny that it would be in poor taste to erect a sign with KKK on it in a prominent way, I just can’t help but wonder if Georgia state officials would have denied The Black Panthers the same opportunity? Just a question. 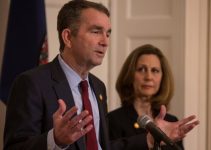