No one should deny that The New York Times serves at the behest of Barack Hussein Obama and the leftist ideology they both embrace.

And no one should deny that Cardinal Dolan is the face of the opposition to the HHS Mandate being foisted upon Catholics by this administration.

So this hit piece from the New York Times can’t really be surprising.  Cardinal Dolan must be taught to bow to Obama and digging up alleged dirt on him is the Chicago way. The Old Gray Hag is of course willing to do her level best to teach Dolan a lesson, to punish him, to smear and discredit his name.

To the unthinking and those prone to pile on to that which feeds their hatred of the Church, of course.

But to those who care to go deeper, those who see this for what it truly is, the hope is that it won’t.

For the latter, I give you first Jimmy Akin who fisks The New York Times piece effectively and who offers up what I consider to be effective counters to the smears.

And then I give you Mark Shea who I think sums things up rather smartly:

There is much dudgeon in the article. There is no dudgeon–none whatsoever–about the fact that exactly the same tactic is used to get rid of pervy public school teachers. This, and the lionization of the Right Sort of Roman makes me rather inclined to think this a specimen of the Times indulging in fake dudgeon because of Dolan’s leadership against the HHS mandate. In short, it’s a hit piece in the service of another agenda.

In the end, the story seems to be that Dolan tried to get rid of bad priests as fast as possible, which used to be a good thing according to the Times. Since the state did not see fit to get rid of them by putting them in jail and the canonical process might for all I know, have cost *more* than this route (has anybody done the calculations?) I don’t think it’s particularly a slam dunk that this was a bad way to go. In the end, the tradeoff is between asking, “Do you want a long expensive process in which the perv remains a priest on the payroll while he games the system endlessly or do you want a short process in which he gets some money and we are rid of him?” I, for one, am not ready to have hysterics about Plan B–at least till I know the cost of the full canonical rigamarole for laicizing a perv.

You pays your money and you makes your choice: is it more important to get rid of the perv swiftly even if it costs you something (that used to be the very sensible demand of the Times, if you recall)? Or do you keep the perv around for months or even years (while it still costs you something and perhaps costs even more than it would cost you to just get rid of him)? I care more about getting rid of the perv fast than I do about money. So even if the long canonical process were cheaper than $20,000 (and I strongly suspect it is not) I think I’d be inclined to favor the fast route. The only drawback is that the perv gets the money. So is it more important to me that the perv not get the dough or that innocents are protected from a perv? I opt for innocents protected over my desire for vengeance.

I suspect this is the first of more attacks to come against Archbishop Dolan, after all, it is the Chicago Way and we know with certainty that Obama is quite the thug-in-chief.

The question is how far will the attacks go?

In the mean-time, allow me to plug a movie I’m hearing has relevant undertones.

For Greater Glory is playing at theatres near you.  I plan on seeing it this weekend.  I think you should as well. 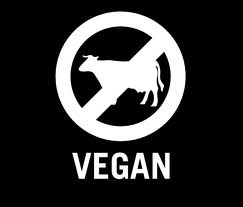