Bob Owens is raising the possibility: I had never heard of “lean” before yesterday, but apparently it is a concoction made from certain prescription cough syrups and a beverage medium, often made more palatable with candy.

One of the recipes for “lean” calls for using Arizona Iced Tea Co.watermelon fruit juice cocktail as the beverage of choice, and Skittles candy… the items found on Trayvon Martin’s body the night he was shot by George Zimmerman.

The Conservative Treehouse has a lengthy post about the recreational drug, it’s effects and side effects, and alleged screen captures of Trayvon Martin’s social media sites discussing his fondness for the concoction.

If the story is correct it seems Trayvon’s medical records and the medical examiner’s review of his body will be revisited, to see if he used the drug frequently and in a concentrated enough form to explain his apparent confusion at the convenience store that night, the odd behavior that spurred George Zimmerman to call Sanford police, and the aggression he displayed when he fought with Zimmerman.

I read this to my wife and youngest son and their reaction was that this is a stretch.  And perhap it is.  Especially if you’d never heard of ‘Lean’ and if you don’t read the details of the post put up at The Conservative Treehouse.

If those details are true however, and frankly, they’re pretty convincing, then there’s yet more evidence that Zimmerman needs to be exonerated.

Read the details yourself and tell us in the comments if you think it’s a stretch.

Frankly, after doing so, I can only conclude it’s a stretch to think it a stretch.

Memorial Day 2012: THIS Is What American Troops Are Made Of...
Obama Campaign Again Urging Supporters to Report on Non-Believers 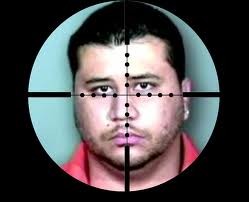