As one of his first official acts, President Barack Obama made a great show of his deep concern for the idea of equal pay for women by signing the Lilly Ledbetter Act, a bill that was supposed to solve that inequity. Sadly, it appears that Obama and his Democrats are only interested in forcing private industry to observe equal pay for women while refusing to hold themselves to that high standard.

In 2009 Obama got a lot of credit for how much he cares about women yet by April of 2012 a study of what women were being paid in his White House showed they were being paid less on average than the men in his office.

But it isn’t just Obama’s hypocrisy that has come to light on the issue of equal pay for women in government. A new survey of the pay of staffers of Senate Democrats shows that they too are paying their workers less than they pay men.

The Free Beacon looked into the pay of Senate staffers and found that 37 Democrats staffers pay females in their offices less than they pay male employees.

Yet, even as both the White House and Senate Democrats are violating their own supposed principles they lambaste Republicans as perpetrating a “war on women.”

Hypocrite, thy name is Democrat.

Since the Free Beacon did all the research, I won’t rehash it here. Go over and read the full piece to see the whole sorry story. 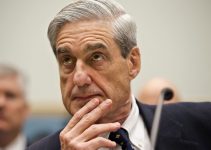