Need more proof that the Environmental Protection Agency is out of control? Friday they released a draft scientific study of the Bristol Bay watershed and its natural resources, conducted solely to form the basis for preemptively vetoing the Pebble Mine in Alaska. The group that is developing Pebble Mine hasn’t even formally submitted a proposal for permitting. Here’s are some details from the AP on this massive overstep of EPA power:

JUNEAU, Alaska — The possible failure of a dam holding waste from a large-scale mine near the headwaters of one of the world’s premier salmon fisheries in Alaska could wipe out or degrade rivers and streams in the region for decades, the U.S. Environmental Protection Agency said in a draft watershed assessment released Friday.

EPA regional administrator Dennis McLerran said there was a fairly low risk of that occurring, however, and the more likely impact would be direct loss of habitat from the mining activity itself.

The report responded to concerns about a large copper-and-gold prospect near the headwaters of Bristol Bay. It is a draft, with a final report that could affect permitting decisions perhaps due by the end of the year after public comment and peer review.

So what does the EPA say about the report?

Under the Clean Water Act, EPA has the authority and responsibility to protect the nation’s water and perform scientific studies that enhance the agency’s and the public’s knowledge of water resources. EPA’s focus in the assessment is scientific and technical; the agency has made no judgments about the use of its regulatory authority under the Clean Water Act and the draft study in no way prejudges future consideration of proposed mining activities.

You mean the authority that the Supreme Court just bitch-slapped you for abusing? Yep, the same…

The groundwork they’re laying implies that any building or project that could potentially impact water can be killed by the EPA without the project ever going through the permitting process, and without input from state, local, or other federal agencies. This in itself is a jobs and economy killer.

An article from Inside the EPA (subscription required) shows that environmentalists couldn’t be happier, and want the EPA to use this plan to kill other projects…

“Environmentalists are now calling on the agency to conduct a similar assessment of mining activity in the Great Lakes region. The Bristol Bay study “is comparable to what we’d like to see” in the Great Lakes, National Wildlife Federation (NWF) attorney Michelle Halley said on a May 10 conference call.”

It’s no coincidence that this is happening now, as President Obama is looking for massive bucks from the enviromentalist crowd to get re-elected.

An interesting side note from the report is that the Pebble Mine operation would have no impact on subsistence salmon fishing for the native population.

The Bristol Bay region’s salmon populations also support significant subsistence and recreational sport fisheries. For example, from 1990 to 2010, annual subsistence harvest averaged 140,767 salmon across all species, 78% of which were sockeye (Dye and Schwanke 2009, Salomone et al. 2011).

No subsistence salmon fisheries are documented in the mine footprint.

The most important sentance of the 339 page report is highlighted above, “this assessment is focused on salmon.” It’s not the assessment of watershed, the effects of the overall ecosystem of the region, it’s simply a report on commercial salmon fishing in the area. Given that, this section is telling…

The effects of mining on fish populations could not be quantified because of the lack of quantitative information concerning salmon, char, and trout populations and their responses. The occurrence of salmonid species in rivers and major streams is generally known, but not their abundances, productivities, or limiting factors. Estimating changes in populations would require population modeling, which requires knowledge of life-stage-specific survival and production as well as knowledge of limiting factors and processes that were not available for this case.

Which is bureaucratic speak for “try as we might we could find or invent a quantifiable effect.”

Update: Jim Hoft at Gateway Pundit notes that the Pebble Mine project, when it if finally proposed, will need to go through 67 state and federal agencies as part of the permitting process. That’s a process that the left pretty much defined, but playing by the rules they create has never been a strength of the left…

Buzz Feed Tries to Make Fun of Romney Over Telephone Photo
Blogger Gets Ripped Off by Newspaper, Gets Satisfaction on Video 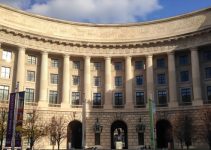