That’s the conclusion one easily comes to when they read something like this:

In a series of dramatically conflicting developments on Wednesday, the Chinese dissident Chen Guangcheng left American custody under disputed circumstances, and what briefly looked like a deft diplomatic achievement for Secretary of State Hillary Rodham Clinton turned into a potential debacle.

Mr. Chen, who was inside the American Embassy compound here for six days as the Chinese and American governments negotiated over his fate, left Wednesday afternoon in a deal that American officials hailed as a breakthrough because it would fulfill his wish to live safely in China.

But even as Americans were releasing photographs of a celebratory send-off of Mr. Chen from the embassy, his friends questioned the reliability of any Chinese promises to allow him to live openly in China, and Mr. Chen later said his decision to give up American protection had not been fully voluntary.

In a telephone interview Thursday morning from his bed at Chaoyang Hospital here, where he was receiving treatment as part of the deal between the Americans and Chinese, Mr. Chen, a lawyer who is blind, said he had left the embassy on his own volition after the Chinese government guaranteed that his rights would be protected. But he also said he had felt some pressure because he was told that Chinese officials had threatened to beat his wife to death if he remained under American protection.

Asked if American officials had encouraged him to leave, he said, “To a certain degree.” While he was treated well there, he said, “the U.S. government was not proactive enough.”

He said American officials contacted him Thursday morning and said they would visit later in the day.
Mr. Chen said he wanted to leave China, preferably for the United States, because “guaranteeing citizens’ rights in China is empty talk,” an assertion that sharply undermines the American rationale for releasing him from diplomatic protection.

“My safety and my family’s safety are not guaranteed even now,” he said. “Their promises have not been fulfilled.”

This is the second time in 3 months that a Chinese asylum seeker has not been helped (as I covered in an update to a post put up yesterday morning):

The office of Vice President Joe Biden overruled State and Justice Department officials in denying the political asylum request of a senior Chinese communist officiallast February over fears the high-level defection would upset the U.S. visit of China’s vice president, according to U.S. officials.

The defector, Wang Lijun, was turned away after 30 hours inside the U.S. Consulate Chengdu and given over to China’s Ministry of State Security, the political police and intelligence service.

Wang has not been seen since Feb. 7 and remains under investigation. His attempt to flee China set off a major power struggle within the ruling Communist Party and led to the ouster of leftist Politburo member Bo Xilai and the arrest of his wife on murder charges.

Sad times for those looking to the United States as they seek freedom.

Sadder still if Obama is re-elected in November.

Grease is the Word for 'Emergency' Increase in Government Powers
Jon Lovitz: Another Hollywierder Mugged by Reality 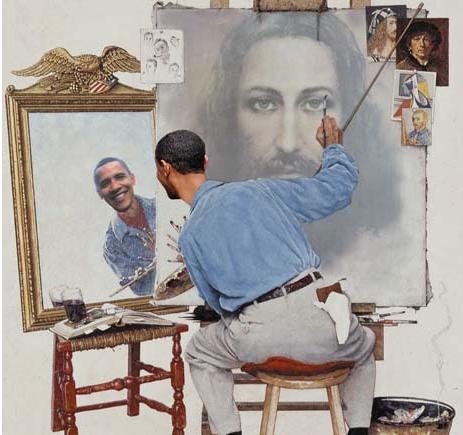