Home
Energy
Obama’s “None Of The Above” Energy Policy Via Resouceful Earth we received news of a story on EE New’s Greenwire reports that the Obama Administration is actively working, one must assume, to “Keystone” the Pebble Mine project in Alaska under the auspices of the Clean Water Act.

At issue is the controversial Pebble Limited Partnership’s gold and copper mine in southwestern Alaska, which could become one of the largest in the world. Opponents worry the project could hurt tourism and a valuable salmon fishery.

In a recent letter, Geraghty questioned EPA’s legal authority to conduct the assessment, since the company has yet to submit permit applications (Greenwire, April 3).

But in another letter earlier this month, EPA Region 10 Administrator Dennis McLerran said the Clean Water Act gave him the authority to establish programs and conduct research for pollution prevention. He also offered the state an olive branch by agreeing to meet to discuss concerns.

Remember that last month the EPA was roundly smacked down by the Supreme Court for their fine first, investigate later use of the Clean Water Act. That rebuke has not dissuaded them from trying to use the Act to shut down the Pebble project before it has even formally been proposed. More from the Greenwire article:

Groups, including Alaska Native tribes, have been at odds over EPA intervention and a possible pre-emptive Clean Water Act permit veto of the project.

“In order to give due consideration to these conflicting requests,” McLerran wrote, “the EPA decided to collect and evaluate available scientific information on Bristol Bay fisheries and their vulnerability to large-scale mining development.”

With the draft watershed assessment scheduled for release next month and peer review and public meetings planned in its wake, both opponents and supporters of the mine have intensified their lobbying efforts.

The Pebble Partnership has touted the attorney general’s letter and said EPA’s assessment might lead to a veto of the project, which state and company officials call illegal and unprecedented (Greenwire, Feb. 9). The agency is not discounting the possibility of such an action.

The Pebble project, like Keystone before it, is just one large example of the trend under this president. While publically saying that they are pursuing an “all of the above” energy and resource strategy, down in the trenches (out of public view for the most part) what is really happening is that administratively and bureaucratically they are ensuring that “none of the above” ever see the light of day.

Marita Noon at Townhall shows that Obama’s reelection could well depend on preemptively shutting down Pebble and other similar projects to appease his green constituency. The environmentalists want total government control of all natural resources and want bureaucrats to determine what air, land, and ocean uses are acceptable.

Yet another thing that is at stake in this election…

If you oppose this unprecedented power grab by the EPA you can send a message about it to your Congressional representative here. 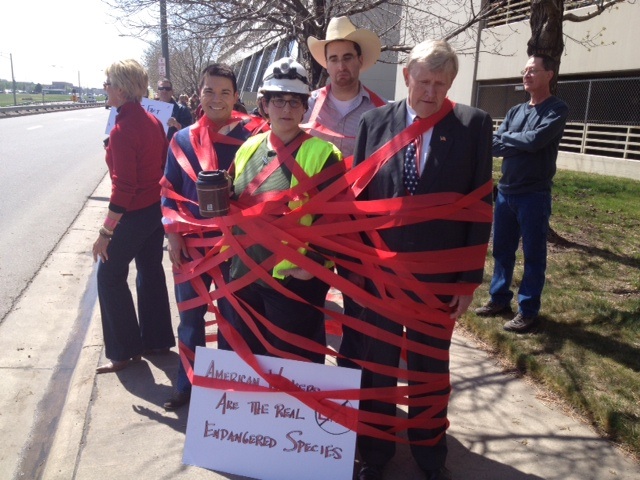