Home
2012 Presidential Race
…but I wouldn’t wish that on a broke-dick dog.

It’s come to this.  Staring down the double-barrels of unsustainable spending and debt so massive it will outstrip all the other debt amassed during the course of human history and dogs are the order of the day.  Who am I to argue with zeitgeist?

You know the kind of dog owner I want as President?  A dog owner like the kid in Old Yeller.  One who loves their dog but has the guts to do something disagreeable not even though, but especially, when it demands painful sacrifice.  Tell him you love him, look him in the eye and pull the trigger.

What I want isn’t within butt-sniffing range of what Americans apparently desire.  Someone to stop the movie, tuck them into bed, and tell them about the miracle of free healthcare that made Old Yeller all better.  Luckily the kids doze off before the denouement where Mr. and Mrs. Old Yeller live long into retirement while their one puppy pretty much works for the government through August each year to pay for their free healthcare and Social Security.

I find the actual movie’s ending far less sad.  It was much less predictable.

Back when I had a pickup my dog rode in the back everywhere we went.  Ten hours at Texas highway speeds in 105 degree heat?  Addie was strapped in the bed in a kennel.  I actually thought less of my friends who brought their dogs on hunting trips riding in the back of their SUV.  I’ve seen coolers, cases of shotshells, guns, everything fly/slide on dogs in the back of a Suburban.  Not to mention if you got in a wreck and the dog goes sailing through the windshield.  Savages.

This one old feller whose land we hunted had a blue heeler that rode in the back of his pickup on top of the toolbox.  Riding down the highway that crazy dog would be walking around from side-to-side on that toolbox giving passing cars the stinkeye.  That probably disqualifies him from ever running for President, but the dog seemed pretty happy.  What irked me was the thought of that silly dog falling out on the road in front of someone like my sister who would crater a dozen cars, kill ten people and back up the highway to San Marcos by slamming on her brakes.  If it’s smaller than a deer just lift and cry about it later.

Frankly I admire a man who can tell his whining kids the dog can’t ride in their laps for ten hours and has to stay in the kennel on the roof.  If a dog’s gonna get car sick it’s damn well gonna be where I don’t have to smell it until we get to the next place with a hose.  Some of us don’t have the luxury of staffers cleaning our dog’s diarrhea during our family’s 16 hour jaunts to Honolulu.  Which is the one born with the silver spoon in his mouth again?  The guy driving his family to Canada at age 36 packed into a station wagon with a dog on the roof?

There’s the problem with Obama.  I’ll bet my trusty radiator still he’s never once packed his family into his car and set out on a two week vacation road trip.  He doesn’t strike me as a guy who likes to drive.  Or spend two weeks doing something tedious and tiresome.  Like cajoling Harry Reid into passing a budget, maybe.  Obama doesn’t really strike me as a guy who’s ever had a budget either.  Funny how going through life spending other people’s money with no expectation of results will do that.

What are you gonna do?  The pooch has done been screwed.  There aren’t enough folks in Washington willing to hand the American people a .22 and lay the godawful truth about what they’ve got to do on them.  I pity the young.  I’ve accepted the fact I won’t be getting anything back from the government when I retire.  But at least I’ll have something when I finally stop working and something to pass on when I die one week later.  I’m part of the last generation that will be able to say that.  We’ve come running every time the government offers up a treat and doomed future generations to crippling debt.

The younger generations can take confidence in the fact we’re choosing who’ll manage the decline based, in part, on how they’ve treated canines in the past.

I wouldn’t wish that on a broke-dick dog. 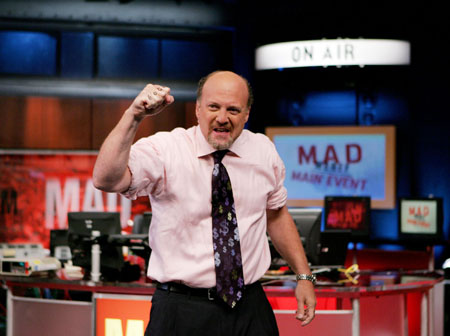