MJ Rosenberg, the controversial and virulently anti-Israel Senior Foreign Policy Fellow at Media Matters Action Network, announced in his latest blog posting that he is leaving his $130,000 plus per year job at the organization.

In his Friday, April 6, post, Rosenberg said he is leaving Media Matters because his continued presence is causing “possible harm” to the organization due to his “critical writings about Israel.”

My presence here is being used in an effort to shut Media Matters up. That won’t happen, of course. This is an incredibly successful organization. (Just ask Glenn Beck and Rush Limbaugh – or Rupert Murdoch, for that matter — about its impact). But the last thing I want to do is allow the right to use my support for a reinvigorated Middle East peace process to distract Media Matters from its primary mission: fighting for truth in the media.

Rosenberg is putting it lightly to say he is but “critical” of Israel.

Rosenberg’s virulent attacks against Israel and anyone that supports her has reached such a fevered pitch that even liberal Harvard Law Professor Alan Dershowitz was driven to criticize him. Dershowitz also scold Media Matters for employing him.

Early in March Dershowitz charged that Media Matters and Rosenberg had crossed the line “into anti-Semitism” for, among other things, using the term “Israel firsters” and saying American Jews had “dual loyalties.”

When you accuse Jews of dual loyalty, you invoke a canard that goes back hundreds of years and falls into the category of anti-semitism,” Dershowitz said. “To the extent that Media Matters hired him to do that and is tolerating him, they have crossed the line into anti-semitism.

Rosenberg has been indulging anti-Semitic tropes for years. Last year, for instance, he played up the ages old claim that Jews control the American media and in January of 2012 he claimed that Jews are pushing the U.S. to unnecessary wars in the Mid East.

Rosenberg was a Clinton appointee to USAID, is a past director of the anti-Israel group the Israel Policy Forum, and has been a Congressional staffer for various Democrat Representatives and Senators. In the 1980s he was also the editor of AIRAC’s Weekly newsletter the Near East Report.

The fight will continue, Rosenberg pledged, as he announced a new website and reiterated that he’ll continue writing for such anti-Semitic organizations as Al-Jezeera. 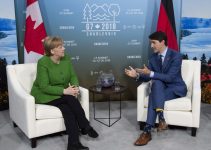