If you want an example of why Democrats are truly a party of criminals, you have but to look to Chicago for your examples and not just because Chicago has one of the highest rates of Democrat pols being convicted of crimes. This particular election, Chicago Democrats are actually urging voters to vote for a state rep. that was just this month arrested and charged with bribe taking instead of voting for his opponent that has a clean record — but was a Republican.

That’s right, Chicago Democrats want you to vote for someone we already suspect is a corrupt, bribe-taking, politician over one who is not.

A cadre of Democrats led by U.S. Rep. Danny Davis held a rally for Smith’s election saying that it was better to vote for their arrested friend than to vote for his opponent.

“We know that our colleague is charged with criminal activity,” Davis said. “But we also know that a charge is not a conviction.”

The situation for State Rep Derrick’s Smith’s seat is pretty interesting, you’ll have to admit. Smith was appointed to the 10th District seat he now holds when its former occupant was appointed to an open state senate seat. Smith then went forth to get his requisite amount of graft and bribes but did so clumsily and got caught.

In the meantime Smith is running for election in his own right to the 10th’s seat. But he faces a primary opponent. A fellow named Tom Swift filed to run against Smith and is now vying to unseat the troubled Smith.

But Swift is not just an average Chicago Democrat. As it happens, was once the director of the Cook County Republican Party. He filed as a Democrat to run against Smith. Amusingly, Swift’s campaign ads feature a photo of a black construction worker instead of photos of himself!

This is the corruption of the criminal Democrat Party.

Definitely not Mensa qualified
If a Republican did it . . . 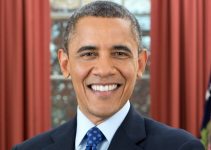 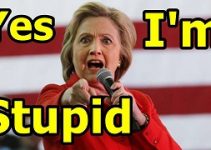