Obama could help end this… but something tells me that’s not on his mind… instead, he and his ideological cohorts think they smell blood in the water: Conservative talk radio host Rush Limbaugh is being targeted by multiple death threats after President Barack Obama and the Democratic Party ignored his apology for controversial remarks and continued to single him out for rebuke. The assault has become so nakedly partisan and opportunistic that even HBO host Bill Maher–who recently donated $1 million to Obama’s Super PAC–has called it a witch hunt with intimidation as its goal.

The death threats to Rush are captured in several screen grabs of his Facebook page. “Execute Rush, now!” states one; “Don’t just drop sponsorship someone kill this pig now please!!!!,” reads another. These and others are documented below, with images and names obscured, so as to not be guilty of fueling the same targeted hatred the White House and Democrats have now gone to great lengths to stoke.

The mainstream media is also culpable here, as NewsBusters has pointed out in an article titled “Onslaught: ABC Airs Eight Limbaugh Stories in Less Than Five Days.”

Harris played two nasty clips, one showing Jon Stewart mocking the conservative host as a “terrible person.” Harris excitedly related, “This morning, liberal groups are going all out. They’re mounting an aggressive online campaign to get Limbaugh’s sponsors to pull their ads. They are hoping this is Rush Limbaugh’s Don Imus moment.”

Yet, none have yet to point out the evil, uglier, if not dangerous, side of the very same campaign now being driven directly by Obama and his sycophants in progressive New Media, with the help of complicit mainstream outlets.

“I think karma got a death grip on breitbart, I think his passing is inspirational. Hopefully rush will die next,” reads another message directed at Limbaugh. Meanwhile, in comments posted at the L.A. Times Facebook wall, still undeleted as this article is written, readers state that it “would be nice to see that fat douche taken down but I’m not holding my breath”; “crossing fingers for a huge heart attack,” and so on.

There’s more at the link including references to  what appears to be White House involvement.

The culture war is heating up folks.  If you’re sitting on the sidelines, it might be time choose a side. 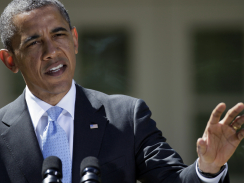 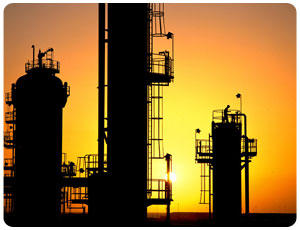