Home
Asshats
Sacha Baron Cohen, The Oscars, And the Death of Propriety

Outrage of the day: The Academy Awards folks banned shock comedian Sacha Baron Cohen from its ceremonies this week. Then did only with caveats. Then didn’t know what to do. It all shows a certain death of propriety, not just in Hollywood (where its been dead a long time in most cases), but in the US in general.

This tempest in a teapot started when comedian Cohen asked the Academy if he could walk down the red carpet on his way into the Oscar Award ceremony in the full regalia of an ersatz Middle Eastern dictator’s military uniform, the same costume he wears in his forthcoming comedy flick, The Dictator. He planned, so he told them, to change into his regular tuxedo once inside but wanted to use his entrance to the ceremony for his own purposes.

As they should have, the Academy folks told him no way. And they didn’t just tell him no, they pulled his invitation to attend unless he promised not to pull any such stunts. They rightly feared he’d pull the stunt anyway.

Unfortunately, after initially standing on principle, the Academy is now dithering, afraid the “negative publicity” is making it look bad, and is now in the throes of reconsidering its actions. To me, I think the Academy is perfectly correct to tell Cohen that the Oscars are for celebrating film not a place to serve as a platform to advertise his own project, a film not even up for consideration for an award at that.

The Academy’s wariness about Cohen is not without justification, to be sure. He’s already pulled silliness at other award ceremonies. In 2007, for instance, Cohen was asked to be an award presenter but said he’d only do it if he could appear as his character from Borat. The Academy declined so Cohen refused the offer to serve as a presenter that year. Then at the 2009 MTV Awards Cohen made a pratfall into singer Eminem’s crotch in order to draw attention to his film Bruno. That stunt was staged with the singer’s consent, of course, but for a time the entertainment industry was all abuzz with curiosity as to whether Eminem was “angered” by the stunt. Granted the MTV awards show is no Oscars, but still, the Academy was duly warned that Cohen likes to be selfishly outrageous on everyone else’s dime.

That is just the thing, too. Sure Cohen is a comedian and yes he is sort of a method comedian not often appearing in public as himself. We all know he’s prone to parading about in character much of the time. That is fine when appearing on a TV talk show, news program, or what have you, but whether you feel the Oscars are important or prestigious or not, that ceremony is not a place for antics. It is a ceremony to celebrate film, its creators, and history, not a place for personal advertisements.

Of course the Oscars can be accused of being just one big advertisement for the film industry, granted. But it is still a black tie affair, a ceremony for what many consider a serious art form. That being the case, its participants should treat the venue with respect and not try to use it for mere self-aggrandizement.

Therein lies my lament that propriety has taken a hit in this country. Those that wonder why Cohen should be denied the ability to use the Oscars for his own selfish purposes lack a sense of propriety, a dearth of consideration for others that has made our society more coarse and less genteel. It is the same attitude of people that go to church in shorts and t-shirts, the same slovenliness indulged by people that dress like slobs at a nice restaurant, or talk loudly on their cell phone in a theater, or cut in line at the grocery, or those jerks that keep turning in the turn lane running across oncoming traffic after the light has long ago turned red. This me-first-me-only attitude perpetrated by the selfish that offends everyone else’s sensibilities, an attitude that you see everywhere you go these days, is galling and hurts our society.

It is the same coarseness that makes every customer at every last little business imagine they should get everything for free just because they feign dissatisfaction. It is the same attitude that has given lawyers free reign to sue everyone for their client’s own stupidity — a propensity that costs us all money in the greater scheme of things.

The fact is, Cohen is a jerk to imagine that his little film is more important than all the other films being presented that night and that he should be allowed to debase the ceremonies and its rich history not to mention annoy everyone else with his antics and arrogant self-promotion.

If the Academy breaks down and allows this goof to strut around in the costume from his latest film thereby giving him their venue for his selfish promotion they undermine the legitimacy and seriousness of their ceremony. After that they’ll deserve people dismissing their awards show, won’t they?

Even though higher gasoline prices were a stated goal, Obama is not to blame.
Wizbang Weekend Caption Contest™ 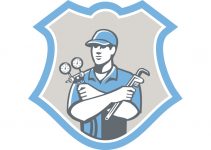