The most resounding speech at the Conservative Political Action Conference came not from a presidential candidate, or an elected official — but from Sarah Palin.

The screams and cheers that filled the spacious ballroom in which Palin spoke Saturday felt at times like they belonged at a Justin Bieber concert. A dozen times the conservatives at the conference leaped to their feet to applaud Palin, as she threw them line after line about beating President Obama and reclaiming “traditional values.”

“The president says small Americans, small-town Americans — we bitterly cling to our religion and our guns,” Palin said, referring to a comment Obama made in the last election, as the audience rose and cheered. “You say, I say, we say — keep your change. We’ll keep our God. We’ll keep our guns.”

For the first time at the three-day conference known as CPAC in Washington, protesters disrupted a speech. But the response from Palin’s loyal supporters was fierce. As protesters chanted at her from the back of the room at the Marriott, a man in the back row leaped over his chair, ran toward them and screamed, “Get the hell out of here, you asshole!”

The protesters were kicked out as others in the room began chanting “USA! USA!” followed quickly by “Sarah! Sarah!”

The GOP’s 2008 vice presidential nominee didn’t endorse a candidate for president, and she said that the drawn-out primary process can benefit the party — as long as Republicans don’t turn on each other.

“We know that the far left and their media allies can’t beat us on the issues, so instead they’ll distort our records,” she added. “Let’s not do the job for them, OK, Republicans? OK, independents?”

Here’s the video where she out mic’ checks the mic’ checkers:

Did Osama bin Laden urge his family to turn away from Jihad?
"I have never seen such a determination to divide" 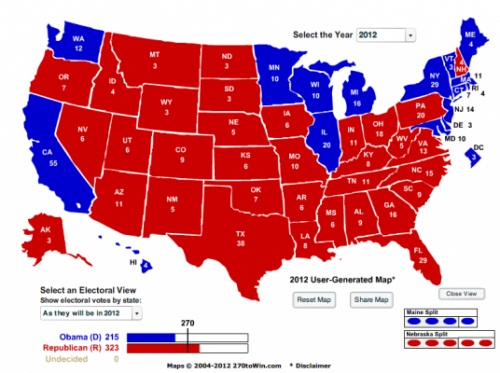