Romney’s campaign in Oklahoma was taught a lesson while Santorum campaigned there. Make certain that your attack dogs are pit bulls, not beagles.

Bloomberg is reporting the following story:

“I think he’s a fine man,” Oklahoma State Auditor Gary Jones said of Santorum, who revived his campaign with a sweep of three contests this week in the Republican race. Jones added that Santorum would be an improvement in the White House over President Barack Obama.

The Romney campaign had said in a release yesterday promoting the call that it would feature Jones and Miller discussing Santorum’s “enthusiastic defense of earmarks and support of reckless spending.”

Neither man mentioned Santorum’s record or earmarks, the federal funding of a lawmaker’s pet project, though both said they thought Romney was the best candidate.

Romney’s campaign organized the call as Santorum campaigned in Oklahoma after he won Missouri’s non-binding primary and caucuses in Minnesota and Colorado, all on Feb. 7.

It will be difficult for Romney to win in Oklahoma on Super Tuesday if his supporters there continue to say, “We prefer Romney, but Santorum is not bad.”

Meanwhile, over at Hot Air, Ed Morrissey explains why he is endorsing Santorum:

Why Santorum?  In my estimation, Santorum is the last consistent conservative standing, and the only one both promoting the conservative agenda and campaigning as a conservative in the race.  That doesn’t make Santorum perfect; he lacks the executive experience I’d like to see, and some of his positions in the past and present give me pause.  However, compared to the heterodoxies of his competitors in the GOP race, Santorum has a superior record on promoting conservative policies and values.

Even more than that, though, Santorum has demonstrated a level of personal integrity in this race that outshines the rest of the field.  Santorum has campaigned with blue-collar Reagan Democrats in mind, pushing for an economic plan that would revitalize manufacturing and small business.  He could easily have tipped over into class-warfare populism while Gingrich and Romney bashed each other over their work at Bain and Freddie Mac in order to ingratiate himself with that sector by playing on latent envy.  Instead, he defended capitalism and both of his competitors on the campaign trail more effectively than either could defend themselves.  In contrast, Romney keeps demonstrating a lack of fluency in conservative politics and philosophy, while Gingrich has conducted a personal, angry campaign that threatens to reinforce every negative stereotype about conservatives, both at times putting themselves and their ambitions above the party they seek to lead.

In the general election, I want to beat Barack Obama and send him into a prosperous retirement with his family.  In the primary, I want a party leader who demonstrates the kind of integrity and consistency that only Santorum has shown.

. . . and speaking of “Oops!”, I have egg on my face after echoing the meteoric endorsement given by Red State and Ace of Spades.

The SMOD satire was based on belief that Romney will be the eventual GOP nominee.  That belief is questionable now that Santorum is gaining steam.

If Santorum can excite and unite the GOP, and if he can present a strong message that will woo independent and moderate voters, then I’d be willing to endorse Santorum. After all, when I said that my choice is absolut, I was talking about a beverage. 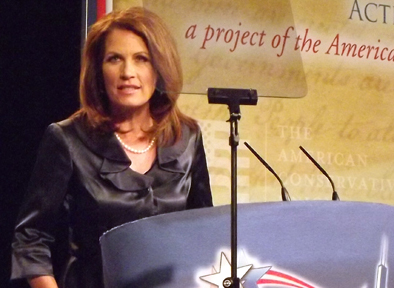