Twenty years ago, we experienced a definitive Presidential race that shared a number of initial similarities to the current 2012 race.  The President, George H. W. Bush was a one-term incumbent seeking re-election.  We were in the midst of a recession (though a relatively mild one that was essentially over before the primaries even began).  And the candidates for opposition party were all considered to be second-string contenders, because none of the party’s assumed “A-list” candidates were interested in running.

The reason the A-list Democrats stayed out of the 1992 race was the stratospheric approval of President Bush immediately following Operation Desert Storm.  America won a decisive military victory against Saddam Hussein, and President Bush’s approval ratings peaked at over 90%.  He was considered untouchable and unbeatable.  No one wanted to endure the humiliation of losing the race in a landslide.

President Bush’s Achilles Heel turned out to be the economy, which had grown soft during the last half of 1991.  And there was the “Read my lips: no new taxes” pledge that the Democrats had coaxed him into breaking by promising to use the additional revenue for deficit reduction.

The real surprise of the primary season turned out to be Arkansas governor Bill Clinton.  He was relatively unknown outside of his home state, but when the press realized that he had what it took to be a political superstar, they immediately promoted him to the top of the Democrat contenders list.  They helped him escape scrutiny over numerous accusations of adultery by providing him with a prime time “60 Minutes” interview on Superbowl Sunday in January 1992, which allowed Clinton to portray himself as a man who struggled with the same weaknesses and faults as every married man, and who was being unfairly victimized by women wanting to take advantage of his sudden surge in popularity.

After Clinton won the nomination he and his running mate, Tennessee senator Al Gore Jr., launched a full-throttle attack against President Bush, blaming him for the current recession and tying the country’s economic woes to his broken pledge to not raise taxes.  Yes – as hard as it is to believe these days, twenty years ago the Democrats actually blamed a tax increase for slowing down the economy.  “It’s The Economy, Stupid!” became the Democrat battle cry.  The press dutifully reported these attacks without seriously scrutinizing them, and began highlighting the struggles of average Americans trying to cope with “the worst economy in fifty years.”

It was when President Bush responded to Clinton’s allegations and attempted to reassure Americans that the economy was slightly off track but no where near the critical state that Clinton was implying, that the press wholly turned against Bush.  A questioner at a “town hall debate” surprised the President when he asked him how much a gallon of milk cost.  When Bush couldn’t answer the question, the press and the pop culture media pounced and declared him to be a Washington DC elitist who was miserably “out of touch” with America. They were also anxious for “change” after 12 years of Republican control of the White House.

Bill Clinton’s passionate promises to undo the policies that created the “decade of greed,” which were a stark contrast to George Bush’s low-key ‘everything is going to be okay’ approach, left voters dissatisfied with the Republicans.  The third party candidacy of Ross Perot split undecided voters and gave the electoral college, and the presidency, to Bill Clinton even though he won only 43% of the popular vote.

A significant number Republican voters have been dissatisfied with the party’s front runner, Mitt Romney.  He is a “loser” from the last presidential election and has yet to attract 50% of the vote in a primary or caucus.  The other candidates haven’t fared any better; only one of them (Newt Gingrich) has attracted 40% of primary voters, and Newt is easily the most hated of the Republican candidates by the mainstream media.  Rick Santorum and Ron Paul both appeal to core constituencies, though neither of them has shown an ability to attract a broad base that could translate into a majority of voters.  Unlike Bill Clinton in 1992, none of the Republican candidates has morphed into a political superstar.

But their opponent is a first-term president desperately trying to overcome an awful economy (by nearly every measure it truly is the worst economy since the end of WWII) as well as a record that includes confusing and unpopular legislation, unfocused foreign policy, and poor overall approval ratings.  However, the current occupant in the White House is a Democrat.  And not just any Democrat, but one who was swept into power on a wave of news media adulation and pop culture myth-making that promised America a leader who would “fundamentally transform” the nation and redefine politics as we know it.

I think it’s safe to say that the press hasn’t given up on their man just yet; therefore we won’t be seeing them saturate the pre-election airwaves with reports highlighting the plight of retirees who lost a huge chunk of their savings in the 2008 stock market crash and are now having to provide for themselves and their extended family (who moved back home after losing their home to foreclosure) on a 1.5% annual investment return; or of homeowners who have seen their equity value plunge and are now struggling to keep up with mortgage payments on an underwater loan; or white collar workers who have been out of work for two years with no hope of employment in sight; or any of the other tales told by citizens whose situations serve as marks of a severely weak economy.

Whoever the Republican nominee is, I am pretty sure that he will be left alone to carry the full weight of any kind of attack focusing on the current state of our economy.  Unlike twenty years ago, the press will be reluctant to talk about our current economic problems; their reporting will be confined only to highlighting occasional good news.  The only way this could change is if the economy suddenly took a gigantic turn for the worse, and things got so bad that the press would be ridiculed if they did not devote a reasonable amount of time to reporting it; above all things, the press cannot stand ridicule, so they would probably abandon President Obama in such a case simply out of self-preservation.

The Obama Administration will probably counter a Republican attack with an overall positive message about fairness and responsibility.  President Obama will admit that he has made mistakes and that he has not made as much progress as he had hoped he would.  But he will also claim that his attempts at reform have been stymied by the system itself, which is inherently unfair and is shielded by its overlords against reform, because real reform would end the lop-sided distribution of wealth by the system which keeps the “1 %” rich and powerful, and the other 99% poor.

The President will ask for four more years to really, really reform the system and create a government that takes care of all its human and natural resources and gives everyone a fair chance, while ensuring that no one earns more than their fair share or damages the planet while making a profit.

But aside from that, the President and the Democrats will characterize the Republican nominee as the kind of man who benefits directly from the old system that rapes the planet and lines the pockets of Wall Street gazillionaires, a la Saul Alinsky’s tactic #12.  They will paint the Republican party as the personification of the old system itself.  Vote Republican, and you will ensure that the rich remain rich, and the poor remain poor.

And President Obama can be fairly certain, I think, that no one will be allowed to ask him how much a gallon of milk costs.

Whether or not the public accepts President Obama’s re-election pitch, or ignores the Democratic establishment’s “conservatism = racism/destruction/greed” spin and returns a Republican to the White House, remains to be seen. 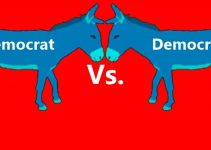