I just got back from a wonderful evening taking school choice at the Restoring American Exceptionalism, Chicago Townhall. In attendance were radio talk show host Michael Medved, Fox News contributor Juan Williams, and Dr. Paul Worfel, Director of Education of Trinity International University. The discussion was moderated by John Tillman of the Illinois Policy Institute.

The event was sponsored by National School Choice Week, an effort by Americans for Prosperity, and is one of many events being held across the country to encourage parents, legislators, and activists to work toward allowing parents a choice in their children’s education. Co-sponsors were Townhall.com, Salem Radio Networks, and Chicago’s WIND Radio, AM 560 Arriving at the sprawling campus of Trinity International University of Deerfield, Illinois, the biting cold outside was quickly forgotten by the warm reception all received by the event staff. The program started promptly with an introduction by local radio host Big John Howell of AM 560, WIND radio who turned the program over to John Tillman of the Illinois Policy Institute.

The night’s debate was nicely balanced from right, center and left with a panel featuring the conservative side of the debate on education represented by talk show host Michael Medved, the center represented by Fox News contributor Juan Williams, and the more traditional educrat’s position taken by Dr. Worfel.

I won’t repeat the whole discussion, but here are some of the more interesting (and some might say provocative) highlights.

Juan Williams was one of the first to reply to Mr. Tillman’s prompting and in no uncertain terms he pointed out that unions and parents are basically at odds with “quite distinct missions” in mind for our American education system. The education establishment, Williams said, was separated between unions interested in their own needs and students and their parents that want a better education for kids.

This is all damaging education in America. “You’ll find that American children are falling behind and in terms of the global economy our education system is failing children in both the inner cities and the suburbs,” Williams lamented.

“One child in America drops out of school every 26 seconds. That is a national crisis,” Williams said.

Mr. Tillman chimed in to note that because of unions, improving education is difficult at best “It’s very difficult to hold bad teachers to account and difficult to reward good teachers. How do we wrest it from the teacher’s unions?”

Williams also pointed out that the black culture in America is detrimental to the success of minorities. How can black kids succeed when they are told to avoid looking or sounding intelligent? “How totally insulting is it when people say ‘you’re acting white’ when you succeed,” Williams said.

Michael Medved expanded on that by decrying the lack of Americanism in the classroom. “This is the only country in the history of the earth that was started based on a good idea,” he said. “But today, kids don’t learn the basic Americanism that is going to be crucial for their later success.”

Mr. Tillman then went into more discussion of teachers unions saying that 9 of the top ten best schools for graduation rates in Illinois are charter schools, institutions that don’t have to worry much about union influence. Tillman also noted that public education did not start getting unionized until the mid 60s and that is exactly when results started to go downhill.

Dr. Worfel hastened to note that the influx of unions into education doesn’t necessarily equate as cause and effect in the downturn in educational outcomes in America. Worfel reminded the audience that it was also in the1960s when students that weren’t included in the past had flooded the system. Minority students that were offered a lesser standard of education previously were bound to cause results to fall once they were included in the whole system, he insisted.

Williams, however, was focused on the need to allow parents a larger part in their children’s education. “The heart of education is power to the parents,” he said. “Parents are interested in getting their children into the best schools. Choice is absolutely at the heat of the answer.”

But Williams worried over the fact that too many parents are not as involved as they should be. “Why aren’t parents up in arms? They should be leading this fight.” But Williams was sure that given a choice, “parents will make the right decision.”

So where do we go from here? Medved offered an idea.

“How do you break the power of teachers unions so that they serve the students instead of the union? Here’s the bargain: we will allow the tax increases that legislators and schools want IF as a corresponding benefit there is more choice in education. Some of that tax money needs to go back to the student. That would be our grand bargain.”

Shortly afterward, the subject of the recall effort being launched by progressives in Wisconsin against Governor Scott Walker, an education reformer, was broached. Williams was disgusted at the whole scene.

“The recall in Wisconsin has just become a union-funded effort to oust the governor. But he was democratically elected. To me this is like the Empire Strikes Back, the unions are saying in terms of school reform it’s not going to happen. But it’s not about that, it’s about making schools more accountable and giving parents power through school choice.”

As the night neared its end during the questions and answer period one of the inevitable questions arose from a conservative audience of ending the federal Department of Education. Part of Williams’ answer dwelled on the fact that various governors and mayors have been forced to take control of their own education systems and that government intervention is often quite necessary. Medved agreed but not to the extent that that involvement needed to go as high as the federal government.

“Sometimes Governors do have to step in and rescue failing schools. They do. But that doesn’t mean that presidents do,” Medved said.

“The problem with a Dept. of Education is, what sense does it make to take money from someone in Libertyville, send the money to Washington DC, and then for them to determine under what circumstances and in what amount that money will go back to Libertyville! Let the money stay home.”

In all, it was a very uplifting and informative debate. If a National School Choice Week event is happening near you I urge you to attend. To see if there is an event in your area, check out the schedule of events.

After the event I was had the opportunity to discuss school choice with both Medved and Williams. Please take the few minutes to watch the videos I made of these encounters.

Finally, I’d like to say that it was fitting to see Mr. Tillman leading the discussion as moderator because the Illinois Policy Institute has been an education reform leader in the Land of Lincoln and has spent a lot of energy working to steer Illinois toward reform and school choice. On its webpage, the Institute laments the failure recent school choice legislation in Illinois, but notes some success regardless.

Illinois’ record on school choice improved last year but nowhere near as boldly as the other states. Following the defeat of a pilot program voucher bill for Chicago’s poorest students in May of 2010, the legislature retreated on the issue. However, they did begin to focus on altering the measurement and accountability of public schools. Through the new “Performance Counts” law, the practice of “Last in, First Out” was completely ended. Teachers are no longer hired and fired based solely on their seniority. For the first time, student outcomes can be taken into account when judging a teacher’s performance in the classroom. The Charter School Quality Act created an independent commission to approve requests for new downstate and suburban charter schools. These were key steps on the road to a true overhaul and reformation of the system.

More work needs to be done, of course, but at least the work of introducing the concept is fairly begun.

Join the fight for school choice. 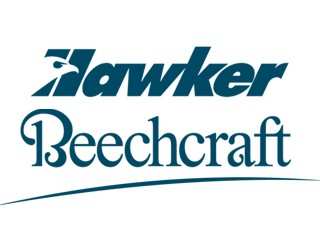