I tripped over this nearly two week old piece in the Boston Globe by John Sununu today: WHEN BIGOTS speak, their words have purpose. They intentionally choose phrases that inflame, denigrate, and marginalize other races, religions, or nationalities. They employ distortions and stereotypes to bolster false arguments. Which brings us to Newt Gingrich, who in an interview last week derided “an invented Palestinian people.’’ His comments were a calculated — but demonstrably false — slander, designed to curry favor with a constituency for which he cares by insulting one for which he does not.

Gingrich is intelligent, which makes his bigotry all the more dangerous. He employs it not for self-satisfaction, but for political ends. His statements are wrong in fact — and contradict more than 40 years of bipartisan US policy. They reflect a cavalier attitude toward diplomacy, and send the message to allies in Europe and the Middle East that we are inconsistent and unreliable. They were designed to marginalize, not explain; and will be used by extremists on both sides to discourage reconciliation and compromise.

Language can be a wonderful and powerful tool — all the more reason for political leaders to use it thoughtfully and with care. Gingrich’s disgraceful behavior addressing such a difficult and sensitive issue demonstrates that he cannot be trusted to use words carefully. Why should anyone trust him with more?

Andrea Levin has responded to Sununu (and others) with a rebuttal that deserves a read by the thoughtful:

Few of the irate critics addressed the first part of Gingrich’s statement to “remember, there was no Palestine as a state,” no doubt preferring to avoid the difficulty of countering this manifestly accurate observation. Sununu did take a swing at the topic, citing references in the 1930’s and 40’s to “Palestinian Arabs” as though this meant there was a state and referring vaguely to discussions of a “potential state,” as though this too bolstered his case. But like the other angry critics, having no argument, he primarily used the opportunity to vent at Gingrich.
Sununu and other defenders of the Palestinian Arabs are clearly apprehensive that general awareness of the nonexistence of a Palestinian state historically jeopardizes their case for creating one in the present. Whether or not that’s true, the lack of a distinctive Palestinian national identity apart from the wider Arab identity has been argued by many Arabs themselves. As the late author and scholar Marie Syrkin (a Labor Zionist and sometime endorser of Peace Now positions) wrote in a 1970’s essay:

The characterization of Palestinian nationalism as ‘artificial’ does not come from Zionist adversaries but from classic Arab sources. In the period before and after the issuance of the Balfour Declaration Arab nationalists consistently protested the use of the name ‘Palestine’ or the adjective ‘Palestinian’ to demark them from other Arabs in the region. All the declarations for the nascent Arab nationalist movement from 1880 on concentrated on ‘the unity of Syria’ with no references to Palestine as other than ‘south Syria.’ Nothing could be more explicit than the statement of the General Syrian Congress in 1919: ‘We ask that there should be no separation of the southern part of Syria, known as Palestine, nor of the littoral western zone which includes Lebanon, from the Syrian country. We desire that the unity of the country should be guaranteed against partition under whatever circumstances….
George Antonius, the Arab historian, makes sure that there will be no misunderstanding on this score. In The Arab Awakening (1939), he writes: ‘Except where otherwise specified the term Syria will be used to denote the whole of the country of that name which is now split up into mandated territories of (French) Syria and the Lebanon, and (British) Palestine and Transjordan.’
The extremist Mufti of Jerusalem originally opposed the Palestine Mandate on the grounds that it separated Palestine from Syria; he emphasized that there was no difference between Palestinian and Syrian Arabs in national characteristics or group life. As late as May, 1947, Arab representatives reminded the United Nations in a formal statement that ‘Palestine was … part of the Province of Syria …Politically, the Arabs of Palestine were not independent in the sense of forming a separate political entity. … (The Palestinians People, History, Politics; edited by Curtis, Neyer, Waxman and Pollack; 1975, p. 200) [Bolded emphasis added]

There’s much more at the link, all of it suggesting strongly that if Gingrich, and by extension myself and others who agree with him, are going to be called bigots, then we’re going to have to call many Arabs bigots as well and that I would think is problematic, for Sununu and for his bobble-head agree-ers.

John Sununu and those who’ve glommed on to his ‘Gingrich is a bigot’ piece ought to be asked if they believe those Arabs who agree with Gingrich are also bigots.  If so, then at least there’s consistency of thought.  If not, we’ll need to hear a cogent explanation.

Hillary in '12 as an Independent?
The co-opting of the Girl Scouts can now be considered complete 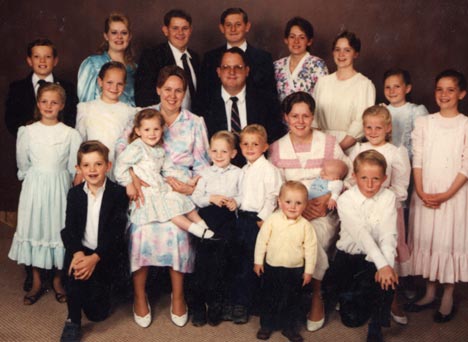